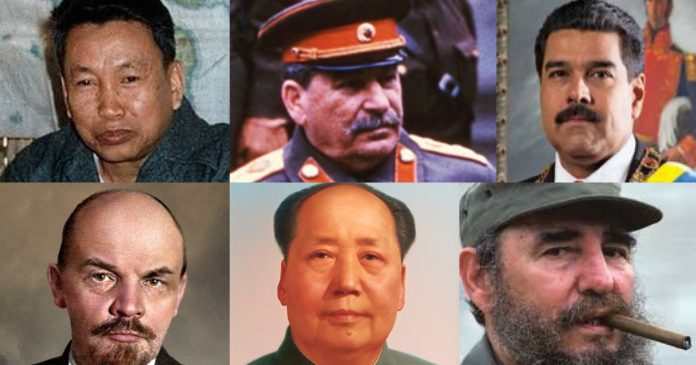 On Monday, Gov. Ron DeSantis signed a proclamation declaring November 7 as the first annual Victims of Communism Day in Florida.

Florida is home to millions of individuals who came here seeking freedom from countries controlled by Communist governments, including Cuba, Venezuela and Nicaragua. To honor the memories and sacrifices of those who suffered under these despotic regimes the Legislature passed and DeSantis signed HB 395 to establish a yearly day during which students in Florida’s schools will learn about the atrocities committed by Communist regimes and the more than 100 million people who were persecuted and lost their lives in Communist countries. To read the full proclamation, click here.

“At a time when Marxism, socialism, and communism are actively promoted by prominent politicians and pop-culture figures in our own country, it is more important than ever to teach Florida’s schoolchildren about the horrific history of Communist countries and to provide them with opportunities to hear from individuals who suffered under the rule of Communist dictators,” said DeSantis. “That is why I established Victims of Communism Day and launched an initiative to record video testimonials of Floridians who suffered under these regimes. When we comprehend the horrors of the past brought about as a result of this evil ideology, we are inspired to defend our nation’s republican government, its free enterprise economy, and its vibrant religious traditions and civil society from the forces which seek its destruction.”

“As the daughter of Cuban exiles, I know firsthand the devastating impact communism has had on the people of Cuba,” said Lt. Gov. Jeanette Nuñez. “In Florida, we will not allow that dangerous ideology of communism to permeate into our society, and we will continue to educate our children about the atrocities that have happened at the hands of communist dictators. I am proud that our administration has and will always stand for freedom and oppose those who want to take it away from us.”

“As a Cuban-American, my family is just one of many who have suffered from the evils of communism. Some of the devastating impacts of Communist regimes include the stealing of citizens’ homes, the murdering and imprisoning of their loved ones and the stripping away of their freedoms,” said Education Commissioner Manny Diaz Jr. “It is imperative that every single student in Florida learns of the atrocities committed in the name of communism so that it never has a place here in America. Thank you to Governor Ron DeSantis for honoring those victimized because of this hateful ideology.”

Throughout his time in office DeSantis has honored those who fought and continue to fight against the predations of communism, including Cuban-American hero Felix Rodriguez, whom he awarded the first-ever Governor’s Medal of Freedom. DeSantis has also allocated historic levels of funding for the Bay of Pigs Museum and the Freedom Tower, a symbol of Florida’s history of staunch anti-communism. DeSantis has also pushed back against the malign influence of Communist China.

Per the text of HB 395, today all public high school students in U.S. Government classes will receive instruction on “topics such as Mao Zedong and the Cultural Revolution, Joseph Stalin and the Soviet System, Fidel Castro and the Cuban Revolution, Vladimir Lenin and the Russian Revolution, Pol Pot and the Khmer Rouge, and Nicolás Maduro and the Chavismo movement, and how victims suffered under these regimes through poverty, starvation, migration, systemic lethal violence, and suppression of speech.” History and Social Studies teachers of other grade levels are encouraged to incorporate these themes into their lesson plans, as well.

Victims of Communism Day is an opportunity for students of all ages and Floridians of all backgrounds to learn about the dangers posed by socialism around the world and here at home, as well to reflect upon the blessings of liberty afforded to ourselves and our posterity as a result of the American traditions of limited government and individual freedom.