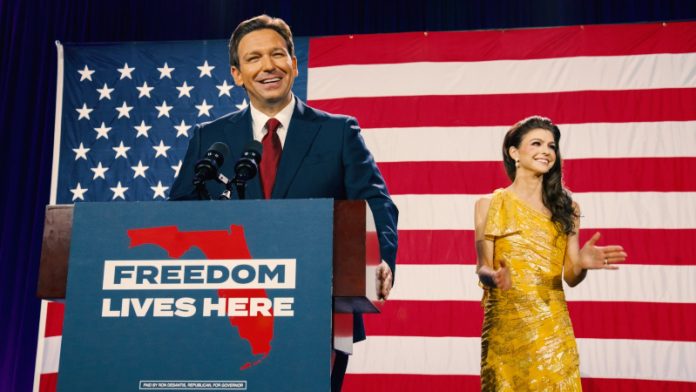 With the midterms over, BetOnline.ag released new odds on the 2024 presidential election–and Gov. Ron DeSantis is now the favorite to win the Republican presidential nomination and the general election.

“DeSantis has usurped Donald Trump as the favorite for the Republican nominee, and he is now the favorite for president,” BetOnline.ag noted after DeSantis won big in Florida while many Republicans in other parts of the nation failed to live up to expectations.

“Big changes to our presidential betting in response to the midterm results,” Paul Krishnamurty, BetOnline’s head politics trader and analyst, said. “This was a very bad night for Donald Trump, with his endorsed candidates and election deniers performing well below expected. Chief rival Ron DeSantis won easily in Florida and has overtaken Trump in betting markets across the world. The Florida governor is also now marginal favorite for the GOP nomination.

“For the Democrats, this was an excellent result given the conditions and low expectations. They look set to retain Senate control and Joe Biden’s loss in the House is tiny compared to predecessors at this stage. As it stands, Democrats look set to lose around ten seats. At this stage of their presidency, Trump lost 44 and Obama 63. If Biden wants to run again, the nomination is his for the taking,” Krishnamurty said. “Other market movers include Michigan Governor Gretchen Whitmer. If Biden doesn’t run, two wins in a key swing state would surely put Whitmer among the Democrat frontrunners. On the GOP side, Nikki Haley, Mike Pompeo and Virginia Governor Glenn Youngkin are all rated slightly higher, given that the chance of an uncontested, Trump-dominated primary has receded.”

The current odds for the general election are now as follows:

The odds for the Republican nomination are now as follows:

The odds for the Democratic nomination are now as follows: