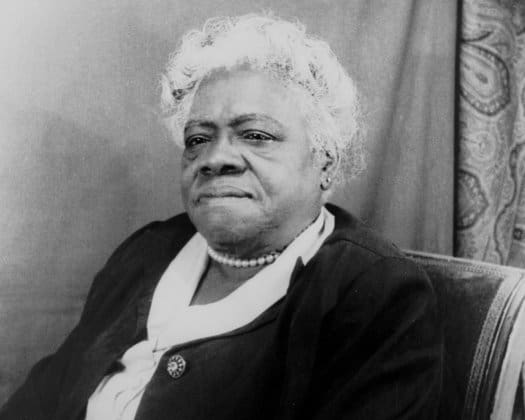 This week, Gov. Ron DeSantis sent a letter to the Architect of the U.S. Capitol officially requesting the replacement of the statue of Confederate General Edmund Kirby Smith in National Statuary Hall in the Capitol with Dr. Mary McLeod Bethune.

“Dr. Mary McLeod Bethune will represent the first African American to have a state-commissioned statue in National Statuary Hall. The announcement coincides with the 144th anniversary of Dr. McLeod Bethune’s birthday, July 10, 1875 and was sent in accordance with Chapter 2018-19, Laws of Florida,” the governor’s office noted.

“Florida is proud to commemorate the 144th anniversary of Dr. Mary McLeod Bethune’s birthday by sending our state’s formal request to place her statue in National Statuary Hall, making her the first African American to have a state-commissioned statue,” said DeSantis on Wednesday. “Dr. Mary McLeod Bethune was an influential educator, leader and civil rights activist who became one of Florida’s and our nation’s most influential leaders. Dr. McLeod Bethune’s statue will represent the best of who we are as Floridians to visitors from around the world in our nation’s capitol. Her legacy endures and will continue to inspire future generations.”

“This is an important milestone in the storied legacy of Dr. Mary McLeod Bethune, whose influence and ability to convene individuals for the common good across racial and political lines made her an asset to the city of Daytona Beach and the nation, at large, as she advised U.S. Presidents Calvin Coolidge, Herbert Hoover and Franklin D. Roosevelt,” said Bethune-Cookman University Vice President of Advancement Dr. Clifford Porter. “Having the first state-commissioned statue of an African American placed in National Statuary Hall and the school she founded to continue its mission, Bethune-Cookman University, should inspire in all Floridians a great sense of pride.”

“This is a proud day for Florida and for the community that Dr. Bethune called ‘home,’” said Bob Lloyd, the chairman of the Mary McLeod Bethune Statuary Fund. “We are so appreciative of the support of Governor DeSantis, Bethune-Cookman University and all Floridians who are bringing this great project to fruition.”

“I would like to thank Governor DeSantis for taking action today to move this process forward,” said Florida Secretary of State Laurel Lee. “Dr. Mary McLeod Bethune was an accomplished Floridian whose efforts as an educator and civil rights activist made her one of our nation’s most notable figures. The Department of State looks forward to facilitating the process of placing a statue of Dr. Mary McLeod Bethune in National Statuary Hall.”

The statue of Bethune is expected to be included in the Capitol next year. 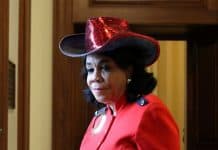