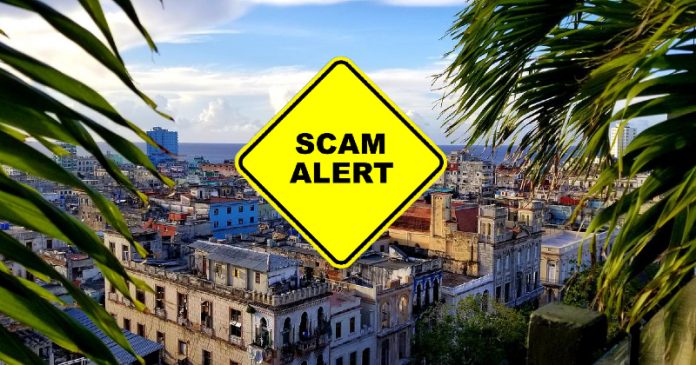 At the end of last week, Gov. Ron DeSantis announced that he had “directed the Florida Department of Economic Opportunity and Enterprise Florida to issue an alert warning Floridians not to let the communist Cuban regime steal their money through a recent scheme seeking to attract foreign investment for the ‘non-state sector.’”

Blaming the Biden administration for lowering sanctions on Cuba, the governor’s office insisted this has “emboldened the racketeers who run the Cuban regime to launch a kleptocratic scheme claiming that they will welcome American investment in the island’s supposed private sector, but foreign investment is meaningless when there are no property rights for Cuban citizens and when the Cuban government will limit which ostensibly private businesses will be allowed to receive foreign funds.” DeSantis insisted any funds going to support non-state entities in Cuba “will inevitably end up in the pockets of Raúl Castro, Miguel Díaz-Canel, and the rest of the Cuban mafia who will use that cash to continue to enrich themselves, impoverish their people, and further destabilize the Western Hemisphere.”

DeSantis weighed in on the matter on Friday.

“One year ago we witnessed the largest demonstrations in decades against the Cuban regime in cities and towns across the island. With some additional pressure from our federal government, those protests may well have marked the downfall of the communist regime,” said DeSantis. “Unfortunately, the Biden administration stood idly by as the people of Cuba cried out for freedom, refusing even to authorize the provision of satellite internet by American companies. The weak policies of this administration have led the regime to attempt to perpetrate a financial fraud against the American people under the guise of private investment opportunities. Only when Cuba allows free elections, stops jailing people in the middle of the night for simply saying they want human rights, and ensures private property rights for its citizens should the American people feel confident that money sent across the straits will truly benefit the Cuban people and not the racketeers who run their regime like a mafia.”

“The same regime that robbed Cubans, like my parents, of their livelihoods is now desperately begging Americans to ‘invest’ in the island,” said Lt. Gov. Jeanette Nuñez. “This scheme is nothing more than a scam that fools only the sympathizers in the Biden administration.”