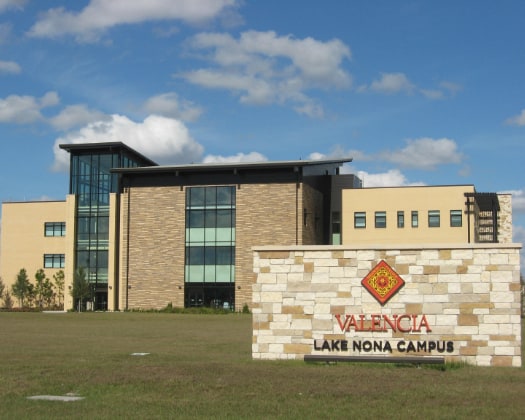 After two decades of service in Central Florida, Sandy Shugart, the president of Valencia College, is retiring from that position.

Shugart has been Valencia’s president since 2000. On Thursday, he announced that he will retire in June 2021.

“Serving as the fourth president of Valencia College, being a part of this extraordinary team of faculty and staff, serving each student in a meaningful way and impacting our community has been a privilege beyond measure,” Shugart emailed college employees on Thursday.

“I know that I speak for the entire board of trustees when I express our deep appreciation to Dr. Shugart for his positive impact on the students and community during his 20-plus years of service at Valencia College,” said Tracey Stockwell, the executive vice president of Universal Orlando and the chairwoman of Valencia College’s board of trustees. “There is much to celebrate as we reflect on Dr. Shugart’s tenure at the college. This includes unparalleled graduation rates, the creation of DirectConnect to UCF, the most successful transfer program in America, and providing exceptional leadership to the college, which was awarded the first Aspen Prize for Community College Excellence.”

Before coming to Valencia, Shugart served as vice president and chief academic officer of the North Carolina Community College System and as president of North Harris College in Houston.