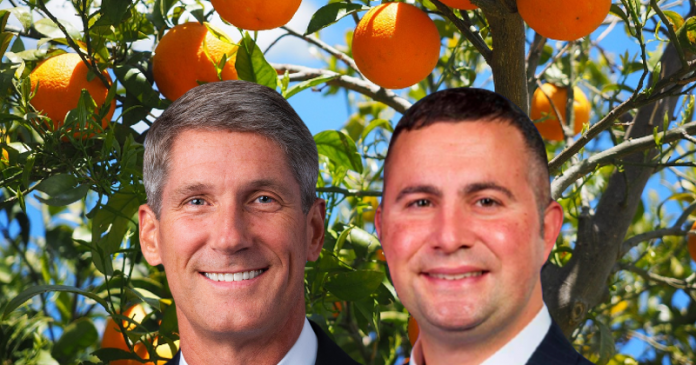 The two congressmen’s offices laid out the reasons for the letter.

“Hurricane Ian impacted 375,302 acres of Florida citrus when it made landfall in October, totaling more than 90 percent of all citrus production in the state. Growers suffered a variety of damage including fruit loss, foliage loss, standing water, and toppled trees. The Florida Department of Agriculture and Consumer Services estimated losses to citrus production from Hurricane Ian will be between $416 million to $675 million. These figures do not include additional damage caused by Hurricane Nicole’s subsequent landfall in November. The Florida citrus industry generates $6.8 billion in annual revenue and supports 33,000 jobs, making it a key economic driver for the state,” Franklin’s office noted.

“The Florida citrus industry is the pride of our state and the backbone of many of our rural communities,” said Franklin. “Our growers already face a number of challenges including disease, unfair trade imbalances, and loss of acreage. Despite these threats, they have shown remarkable resilience. While our state is no stranger to the destruction of hurricanes, our growers were some of the hardest hit and now face a dire threat to their industry’s very existence. Our Florida economy and our national citrus industry demand our full support.”

“After Hurricane Ian, we saw our growers in Central Florida struggle with losses and water damage,” said Soto. “As we know, citrus and agriculture in Florida are major drivers of our economy, so we must work together to ensure it stays that way. I hope leaders of the Appropriations Committee support these critical industries.”