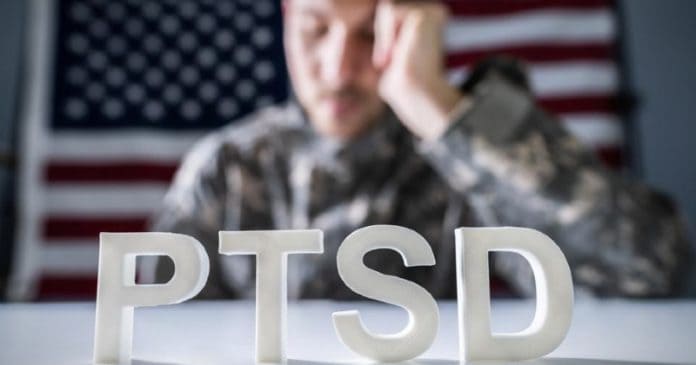 Peters and Mast have been championing this proposal since 2019.

“Battle scars aren’t just physical–that truth is tragically underlined by the twenty American veterans who die by suicide every day. The stigma associated with accessing mental health treatment can discourage some veterans from seeking help at all. That’s why we need a bold statement that veterans can and should seek mental health care services just as they would seek care for a physical injury. I want to thank Rep. Mast for his service—both in Congress and in the Army—and for joining me to help end the stigma of mental health,” said Peters when he first introduced the resolution in 2019.

“Rarely does a day go by when I don’t talk to a veteran who is struggling with their own self-worth,” Mast said in 2019. “While the physical wounds may heal, the mental toll of war follows many servicemembers home. Removing the stigma around mental health is critical to making sure our brothers and sisters in arms feel safe seeking help in their fight against post-traumatic stress.”

This week, Mast weighed in on the latest resolution.

“For many veterans who return home from battlefields, they often find themselves in another battle – a battle with their own mental health,” Mast said. “Time in service impacts nearly every veteran, and by recognizing that, we can begin to end the stigma around mental health treatment and ensure that our brothers and sisters in arms feel comfortable accessing the help they need. It’s not a battle anyone should have to fight alone.”

“According to a 2017 study, 12.9 percent of veterans were diagnosed with a form of PTSI, which is almost twice the rate of the rest of the U.S. population. Depending on the conflict era, anywhere from 11 to 30 percent of veterans suffer from PTSI. Moreover, an average of 22 veterans, active duty, reserve members and guardsmen die by suicide each day,” Mast’s office noted. “There is hope, however, because 2019 data suggests that PTSI is highly treatable with a 70 to 80 percent recovery rate for individuals who complete an evidence-based course of treatment. That is why it’s essential that veterans are able to seek treatment and aren’t hindered by perception or stigma.”

The resolution was sent to the U.S. House Armed Services and the Veterans Affairs Committees.