The U.S. Supreme Court has just handed down a ruling that paves the way for a successful resolution to an issue Florida TaxWatch has fought for more than 15 years.

The Court ruled that states can apply reasonable requirements for remote vendors to collect sales and use taxes on sales to residents even if the vendor does not have a physical presence in the state.  Remote vendors sell products by telephone, mail, and internet and use a common carrier, such as the U.S. Postal Service, to deliver the goods to the customer. The Court specifically overturned its previous ruling (Quill Corp. v. North Dakota) which had prohibited requiring the collection of taxes on these sales unless the vendor has some physical presence in the state.

This ruling (South Dakota v. Wayfair, Inc., et al) could end years of unfair treatment of Florida bricks-and-mortar retailers, help Floridians avoid—often unwittingly—breaking the law, and empower the state to better the collection of millions of dollars that are currently owed to Florida.

Remotely conducted sales has been the most significant tax compliance and collection issue facing Florida for many years.  You may have heard this issue referred to as E-Fairness.  The physical presence requirement from the Quill decision in 1982 limited the state’s authority to exercise jurisdiction over vendors that had significant commercial ties to the Florida – i.e., a large volume of sales –  but no physical presence.  Especially since the early 2000’s with the increasing shift to internet commerce, which is now the most prevalent form of remotely conducted sales, the former legal framework of Quill basically meant that the sales and use tax went uncollected on a large and growing percentage of retail sales to Floridians.  As the Court’s Opinion notes; “Each year, the physical presence rule becomes further removed from economic reality and results in significant revenue losses to the States. These critiques underscore that the physical presence rule, both as first formulated and as applied today, is an incorrect interpretation of the Commerce Clause.”  (South Dakota v. Wayfair, Inc., 585 U.S. ______(2018) (Opinion of the Court, pp. 12-13)

While remote sellers do not have to collect the tax, the tax is still legally owed to the state by the Floridians. However, few Florida residents know that they are required to pay the sales tax owed on remotely conducted transactions directly to the Florida Department of Revenue (DOR), and even fewer actually make such payments.  How many of you have downloaded DOR’s Form DR-15MO, filled it out and sent in a check for the taxes you didn’t pay on an on-line purchase?

Because of the previous framework of the Quill decision, predicated on the Interstate Commerce Clause of the U.S. Constitution (more specifically, the so-call Dormant Commerce Clause), the state could require only retailers with a physical presence to collect and remit the state and local sales tax, thereby essentially not requiring out-of-state sellers to collect.  Allowing such a large loophole in sales and use tax enforcement erodes Florida’s tax base and creates an unfair advantage over “bricks-and-mortar” retailers and “clicks and bricks” retailers with both online and traditional stores.  A 6 to 8 percent price break is hard to overcome for Florida’s retailers.  It is not uncommon for a shopper to go into a store so they can see a product up close, use the store’s employees to answer questions and help compare products, then go home to buy it online; sometimes the only price difference making online retailer cheaper was the lack of sales tax collection.  Many times, Florida TaxWatch has likened this kind of unfair treatment to the Legislature placing a new tax only on retailers that employ a Floridian and specifically exempting any retailer does not.

As the Court’s decision acknowledged in this week’s decision:

“Quill puts both local businesses and many interstate businesses with physical presence at a competitive disadvantage relate to remote sellers.  Remote sellers can avoid the regulatory burdens of tax collection and an offer de facto lower prices caused by the widespread failure of customers to pay the tax on their own … In effect, Quill has come to serve as a judicially created tax shelter for businesses that decide to limit their physical presence and still sell their goods and services to a State’s consumers—something that has become easier and more prevalent as technology has advanced.

Worse still, the rule produces an incentive to avoid physical presence in multiple States. Distortions caused by the desire of businesses to avoid tax collection mean that the market may currently lack storefronts, distribu­ tion points, and employment centers that otherwise would be efficient or desirable.”

The physical presence framework from Quill, overturn by today’s ruling, has also cost Florida’s state and local governments hundreds of millions of dollars. Collection of sales and use tax revenue is even more critical for Florida than other states; since we do not have a personal income tax, the sales tax is by far the most important revenue for state government.  Estimates of lost revenue have ranged from a few hundred million to over $1 billion annually.   But collection of these taxes does not have to be a windfall for government.  The additional revenue could be used to lower the sales tax rate so all taxpayers benefit.  Or burdensome taxes, such as the Business Rent Tax, could be reduced/eliminated.  This tax, unique to Florida, puts our businesses at a competitive disadvantage, including retailers already suffering from current the on-line tax scheme.

It must be noted that the Court ruling does not give blanket approval for all state to begin collecting sales taxes from remote sellers.  Essentially, the major effect of this ruling is the elimination of the physical presence requirement of the substantial nexus test regarding the Commerce Clause, but there are many other considerations that Florida, or any state looking to enact a law pursuant to this decision, would need to consider.

First, the Court upholds the four-part test for state taxation of interstate commence under the Commerce Clause:  “The Court will sustain a tax so long as it (1) applies to an activity with a substantial nexus with the taxing State, (2) is fairly apportioned, (3) does not discriminate against interstate commerce, and (4) is fairly related to the services the State provides.” (South Dakota v. Wayfair, Inc., 585 U.S. ______(2018) (Opinion of the Court, p. 8, citing Complete Auto Transit, Inc. v. Brady, 430 U. S. 274 (1977))).  The ruling today only invalidates “physical presence” as a de facto requirement for “substantial nexus.”  The other limitations on state activity, and the requirement that substantial nexus be shown, remain.  The Opinion reaffirms the standard for substantial nexus as: “Such a nexus is established when the taxpayer or collector ‘avails itself of the substantial privilege of carrying on business’ in that jurisdiction.” (Wayfair at 22 citing Polar Tankers, Inc. v. City of Valdez, 557 U. S. 1, 11 (2009).

Furthermore, while the Opinion in Wayfair goes on to note that South Dakota has a simplified sales tax law that does clearly does not unduly burden remote sellers and that the South Dakota tax in question only applies to vendors that do a significant amount of business in the state (more than $100,000 per year), the Court remands the case to the lower court to determine “whether some other principle in the Court’s Commerce Clause doctrine might invalidate” the South Dakota law.

This week’s ruling leaves open that states with more complex or overreaching sales and use tax laws that seek to apply them to out-of-state sellers could be in violation of the Commerce Clause.  It would be up to future courts to rule on what constitutes nexus or a fair compliance burden; or conversely, what types of state laws could impose an undue burden on interstate commerce.

All Florida taxpayers can benefit from today’s ruling, which could bring equity to the state’s sales and use tax and provide an economic benefit by providing a boost to the retail sector.  Not only is it fairer to retailers, collecting taxes on online sales also improves equity for consumers/taxpayers.  Higher-income people shop more online than those with lower-incomes, so the majority of the tax benefits are enjoyed by more affluent shoppers.

Florida TaxWatch applauds this long overdue decision and looks forward to working with state leaders to ensure that this tax, which has always been legally due, is collected and to ensure that it is done in a way that optimizes the benefits to taxpayers. It is important that the regulation to collect the sales tax not be too onerous for businesses – we don’t want to significantly raise the cost of doing business or stifle innovative companies.   We want to ensure that the collection rules that Florida implements level the playing field without tipping it the other way.  This is about modernization – and the Supreme Court has finally empowered the state to modernize its most important revenue stream while also removing a barrier to competition that had previously been imposed on Florida-based businesses. 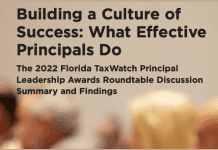 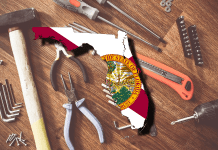