The chairwoman of the Florida Democratic Party is going after Gov. Ron DeSantis, insisting he took too long to set up Florida’s 2020 Census Statewide Complete Count Committee–but key members of her party are offering something of a different take.

With the federal census coming up in March and running through June, on Monday, DeSantis tapped Lt. Gov. Jeanette Nuñez to lead Florida’s 2020 Census Statewide Complete Count Committee which “will coordinate with the U.S. Census Bureau to ensure Floridians are accurately reflected in the federal count.” The governor also named members of the committee from both sides of the aisle.

But, noting the Sunshine State could gain as many as two congressional seats after the census,  Terrie Rizzo, the chairwoman of the Florida Democratic Party, insisted DeSantis took too long to set it up and hit his “lack of action and political motivations” in handling the committee.

“Governor Ron DeSantis has dragged his feet on preparing the Sunshine State for the 2020 Census. Now that he has finally heeded calls to create a committee, we learn it isn’t even properly funded,” Rizzo said on Tuesday. “Florida is the third most populous state in the country, and the Census cannot be done last minute. DeSantis’s procrastination could result in many Floridians not being counted, and that puts at risk federal dollars and additional congressional seats.”

But, with the Legislature ready to kick off its regular session next week, key Democrats offered a very different take on the governor’s efforts.

“I have filed legislation for the past two years advocating for a Complete Count Committee, and although the governor originally considered the census a federal issue I am pleased that he has had a change of heart. I look forward to working with Lt. Governor Nunez and the U.S. Census Bureau to assist with implementing the strategic plan to ensure a complete count,” said Powell. “Ensuring a complete and accurate count is vital to our economic growth as well as the redistricting process.”

Powell pointed to a bill creating a Complete Count Committee he introduced in June which had the support of Democrats in the Legislature. He wasn’t the only Democrat to offer some kind words for the governor’s efforts in creating the committee.

“I appreciate Governor DeSantis finally taking action to ensure Florida is prepared to handle the demands of our growing state. The work of Florida’s 2020 Census Statewide Complete Count Committee will be crucial in protecting the federal funding Florida relies on for infrastructure, education, and disaster relief. We cannot afford an inaccurate census count,” said Sen. Janet Cruz, D-Tampa, who backed Powell’s bill. 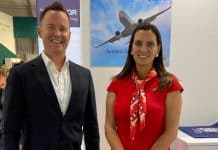 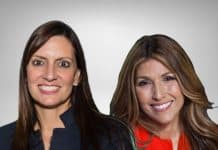 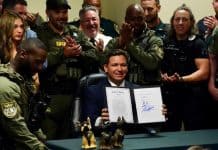