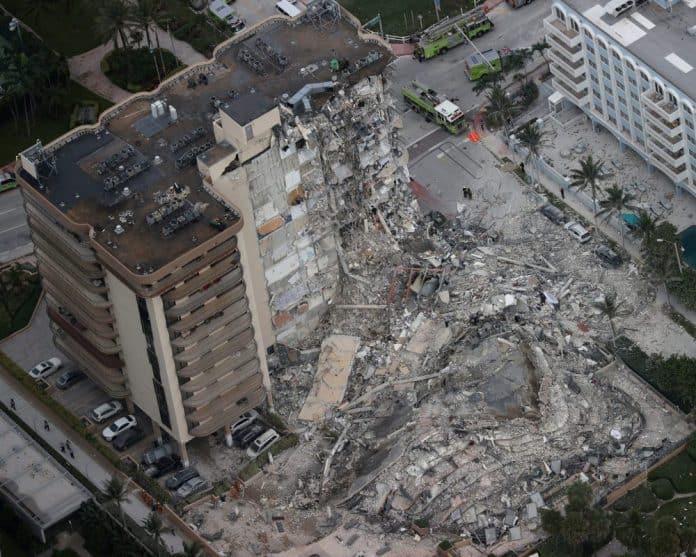 On Thursday, Florida Republicans U.S. Sens. Marco Rubio and Rick Scott welcomed the Senate’s unanimous passage of their resolution commemorating one year since the partial collapse of Champlain Towers South in Surfside, Florida that took the lives of 98 people.

“The Surfside building collapse was an unimaginable tragedy, and we will never forget those who lost their lives as a result,” Rubio said. “Today, we honor the memories of those lost, as well as the courageous individuals who heroically assisted in the rescue and recovery process.”

“Nearly one year ago, the Surfside community experienced an unimaginable tragedy with the sudden collapse of Champlain Towers South,” Scott said. “We lost children, mothers, fathers, grandfathers and grandmothers, friends, aunts, uncles and cousins. We continue to pray for and mourn with the Surfside community, the families and loved ones of the lost, particularly members of our Jewish community who were especially affected by this tragedy, and thank all from around the world who came to support the Surfside community when they needed it most. I join Senator Rubio today to recognize this solemn day and remember those lost far too soon.”

The full text of the resolution is below.

Commemorating the passage of 1 year since the tragic building collapse in Surfside, Florida, on June 24, 2021.

Whereas June 24, 2022, marks 1 year since portions of the Champlain Towers South condominium building in Surfside, Florida, catastrophically collapsed; and

Whereas, in the aftermath of the devastating collapse—

(1) one of the largest rescue and recovery operations in the history of the United States commenced to locate scores of residents who were unaccounted for and believed to be in the collapsed building;

(2) first responders from across Florida immediately answered the call of duty, including firefighters, uniformed police officers, rescue and recovery crews, emergency medical technicians, physicians, nurses, and others rushing to save the lives of individuals trapped in the building;

(3) international rescue crews and emergency support organizations from Israel and Mexico responded to the site to aid in the search and recovery efforts;

(5) teams worked tirelessly around the clock to rescue survivors and recover the remains of individuals killed in the tragic collapse; and

(6) on June 30, 2021, the National Institute of Standards and Technology announced it would launch a formal investigation into the cause of the collapse: Now, therefore, be it

Resolved, That the Senate—

(1) commemorates the passage of 1 year since the tragic building collapse in Surfside, Florida, on June 24, 2021;

(2) honors the survivors and the 98 lives lost in the collapse of the Champlain Towers South condominium building and offers heartfelt condolences to the families, loved ones, and friends of the victims;

(3) commends the bravery and selfless service demonstrated by the local, State, national, and international teams of first responders deployed in the aftermath of the collapse; and

(4) expresses support for the survivors and community of Surfside, Florida.