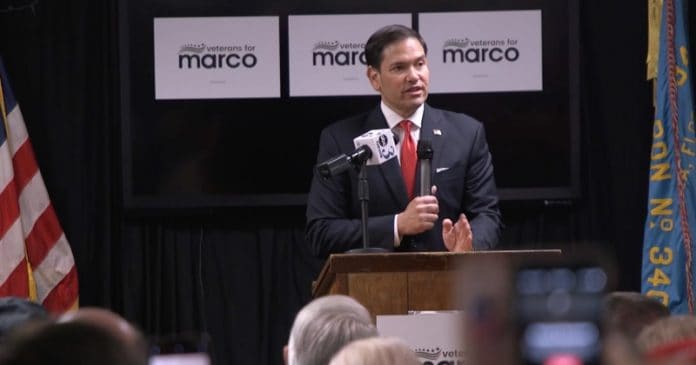 This week, the U.S. Senate voted to approve U.S. Sen. Marco Rubio’s, R-Fla., proposal to have Air America employees who served during the Cold War have federal benefits.

“Air America was a government-owned corporation that conducted covert operations during the Cold War, Korean War, and Vietnam War. Their employees worked under the direct policy guidance of the White House, Department of Defense, and the Department of State while under the management of the Central Intelligence Agency (CIA),” Rubio’s office noted. “Air America employed several hundred U.S. citizens, mainly flight crew members, and approximately 286 were killed in the line of duty while conducting covert operations in designated war zones. The last helicopter mission that rescued personnel from the rooftops in Saigon in 1975 was planned and executed by Air America and the United States Marine Corps. Since 2009, the declassification of CIA Agency documents confirmed that Air Americans were employees of the U.S. Government at the time of their service and are therefore entitled to federal retirement credit. Congress has maintained its interest in resolving the retirement situation of Air American employees for more than 15 years. During this process, the Office of Personnel Management, the Merit Systems Protection Board, the CIA and the Director of National Intelligence have all concluded that congressional action is required.”

This week, the Senate passed the bill without opposition.

“The brave men and women employed by Air America who conducted operations during the Cold War, Korean War, and Vietnam War were critical to U.S. efforts,” Rubio said. “I’m pleased that this bill has passed the Senate, and I hope the House will swiftly do the same, so that these Americans can receive the long-overdue honor and recognition they deserve.”

“I’m very pleased to know that Air Americans are one step closer to receiving the retirement benefits and recognition they deserve for their courage during the U.S. war effort in Vietnam and Southeast Asia,” Warner said. “These individuals courageously supported troops, rescued downed American pilots and sustained casualties in the line of duty. Passing this bill is the least we can do to honor their service to our country.”

U.S. Rep. Glenn Grothman, R-Wisc., is championing the proposal in the U.S. House where it has more than 220 co-sponsors.