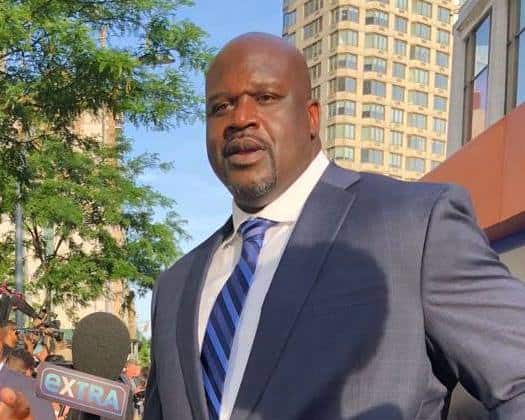 Orange County Sheriff John Mina picked up an endorsement in his reelection bid from a big-time celebrity that knows Orange County and its Sheriff’s Office quite well.

NBA legend Shaquille O’Neal threw his support behind Mina. The former Orlando Magic star owned a home in Orange County for decades before selling it recently. O’Neal has also been involved with the Orange County Sheriff’s Office over the years, supporting its programs and even doing some training under multiple sheriffs.

In a message posted on YouTube, O’Neal talked about Mina’s commitment to youth programs, something the NBA Hall of Famer has touted as a way to help young men avoid a life of crime.

“He’s proven himself in times of crisis, and he has shown that he can keep our community safe,” O’Neal said about Mina.

O’Neal has known Mina, who also served as Orlando’s police chief, for many years. For his part, Mina reacted to the endorsement with obvious joy.

“Shaq called Orange County home for many years and has witnessed firsthand the impact strong leadership in law enforcement can have on our community,” Mina said.

Mina also touted the work he has done since taking office in 2018.

“As a result of our hard work, community partnerships and new policies, Orange County saw a decrease in the overall crime rate and a sharp reduction in juvenile arrests last year. We continue to work hard every day to help ensure these downward trends continue,” Mina said.

This will be the first time Mina will appear on the ballot as a Democrat. Democrats hold a heavy voter registration advantage in Orange County, just short of two-to-one over Republicans. During his first run back in 2018, Mina did not change his voter registration far enough in advance of the election to qualify as a Democrat so he ran the last race as an independent. In that race, Darryl Sheppard, who has been arrested 13 times in the state of Florida, was the only Democrat in the race and garnered more than 180,000 votes.

Sheppard is back to challenge Mina again. Mina is also facing Democrats Andrew Darling, Joe Lopez and Eric McIntyre. Republicans are not putting up a candidate for sheriff this time. Tim Adams and Winston Johnson are qualified as write-in candidates.

The sheriff’s office is normally up for election during presidential election years but an election was held in 2018 because then-Sheriff Jerry Demings resigned and was elected mayor of Orange County.