Despite the continued hot weather in Florida and Starbucks bringing out pumpkin spice lattes last month, autumn technically started this weekend meaning Halloween is just around the corner.

Candystore.com released its latest look at the most popular Halloween candies with Skittles claiming the top spot followed by M&M’s, Snickers, Reese’s Cups and Starburst.

Despite that, Skittles has been replaced as the most popular Halloween candy in the Sunshine State with Snickers claiming the top spot in Florida. More than 660,500 pounds of Snickers candy was sold in Florida last year, putting the Sunshine State behind only California and Texas when it comes to the amount of candy sold. Of course, that’s no surprise since those are the only two more populated states than Florida.

“The sun shines strongly here, transforming many an upstanding Florida citizen into the Mr. Hyde of America, Florida Man,” noted Candystore.com in its review of the most popular Halloween candies. “And as Florida Man knows all too well, you’re not yourself when you’re hungry. Maybe that’s why Snickers is the new top Halloween candy in Florida. Skittles has been bumped down to #2. Tasting the rainbow has become slightly less of a priority to Floridians, and I frankly applaud their self-awareness because of it. Over 330 tons of Snickers. Skittles came in second place, Reese’s Cups third.” 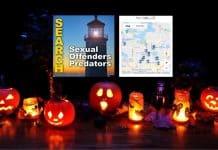 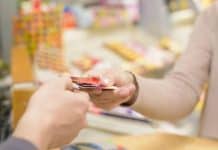