U.S. Rep. Ileana Ros-Lehtinen, R-Fla., the chairwomen of the U.S. House Middle East and North Africa Subcommittee, and U.S. Rep. Lois Frankel, D-Fla., one of the co-chairs of the Congressional Caucus for Women’s Issues, rounded up a dozen of their colleagues on the U.S. House Foreign Affairs Committee to write U.S. Secretary of State Mike Pompeo on the matter.

“These brave champions should not be targeted and punished for advocating for their rights and empowering women and girls,” said Frankel. “The growing arrests are deeply concerning. I urge the State Department to press Saudi Arabian authorities to end this crackdown and immediately release the imprisoned human rights defenders.”

“I’m proud to join with my friend and colleague, Lois, in urging Secretary Pompeo to take a stronger stand in support of these brave women and all human rights in Saudi Arabia,” said Ros-Lehtinen, who used to the chair the Foreign Affairs Committee and is retiring this year after almost three decades in Congress. “These arrests contradict the Crown Prince’s stated acknowledgement of women’s equality and his desire to improve his country’s human rights record, and undermine the limited progress that has already been made. A more open and equal society that respects women’s rights is essential for Saudi Arabia’s long-term success as well as U.S. interests in the Middle East. The United States must press Saudi Arabia’s leaders to release these women and make human rights a priority in our bilateral relations.”

“Since May 15, Saudi authorities have arrested multiple prominent women’s rights advocates and imposed travel bans on numerous others, many of them longtime supporters of ending the ban on women driving and abolishing the male guardianship system. If convicted, they could face up to 20 years in prison,” the representatives wrote Pompano.

“Promoting human rights and democracy has long been a bedrock of U.S. foreign policy, including advancing the rights and empowerment of women and girls,” they added. “As such, we urge you to press Saudi Arabia to release these activists, strongly affirm the United States’ commitment to gender equality and emphasize the need for Saudi Arabia to cease its ongoing repression of human rights defenders.” 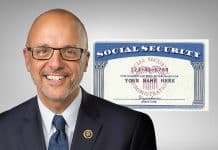 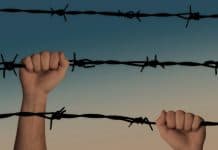