New research out of Stetson University suggests spanking children is not as bad for them as other research projects in the past have shown.

Dr. Chris Ferguson, a clinical psychologist at Stetson, has looked a multiple studies on spanking, especially ones that claimed that the spanking of children is predictive of them becoming violent in the future. He said the research is simply lacking.

“If you control for other variables like whether the kids had pre-existing behavior problems, or whether their family environments had problems of neglect or abuse, when you control these other things is there any predictive value left over for spanking? The simple answer is no,” he said.

Ferguson conducted his own study as well and found, for the most part, spanking children is not a big deal in determining whether or not they will be violent or damaged from it in the future.

“There is really no effect that parents need to be worried about for the most part,” Ferguson insisted.

Ferguson researched multiple studies done on the effects of spanking children and found several problems with them. The biggest problem was a lack of control for factors other than spanking that would be even more predictive of a violent future than whether or not a child was spanked. This included whether or not the child had behavior problems long before the first spanking and if parents abused the child, going beyond just spanks. Research indicates spanking is more effective for younger children than older children.

“Part of it is genetics of course,” Ferguson said. “What we tend to find is the evidence suggests that there is usually a culmination of a pre-existing genetics risk coupled with a harsh environment. We are really talking about neglect, emotional harshness, kids who are told they are not loved by their parents.”

A new study that says spanking is not as bad as previously reported may not be all that well received by his peers. Ferguson admits that there is a liberal bias amongst his peers in the clinical psychology field, saying there has been a moral push in academia for the elimination of spanking. He pointed out that while he is no advocate for spanking children, the numbers were just too narrow for academia to go as far in its conclusions as had been done in the past.

“You can make the argument that spanking either has very tiny positive or tiny negative effects on later aggression,” Ferguson said.

Florida Daily asked what kind of spanking did he think is alright.

“Most scholars agree that you don’t want to use it as your first line of discipline,” Ferguson said. “Where spanking is probably most effective is where the child may be engaging in a behavior that is kind of dangerous and so there needs to be an immediate correction to their behavior. Kids running out into traffic would be one example.

“Spanking, like a lot of behaviors, is kind of nuance thing,” he added. “Spanking is probably ok under certain context and conditions and maybe not such a good idea under others.”

Ferguson reiterated that he is not a personal advocate for spanking but asks people to think critically when they are informed it is a terrible thing for children.

“If parents do decide to use spanking, certainly they would want it to be a small part of their discipline strategy and they would want to make sure they are doing it with the context that they are trying to positively change a child’s behavior and not because they are angry or frustrated or had a bad day at work,” he said. 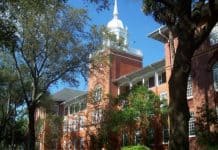