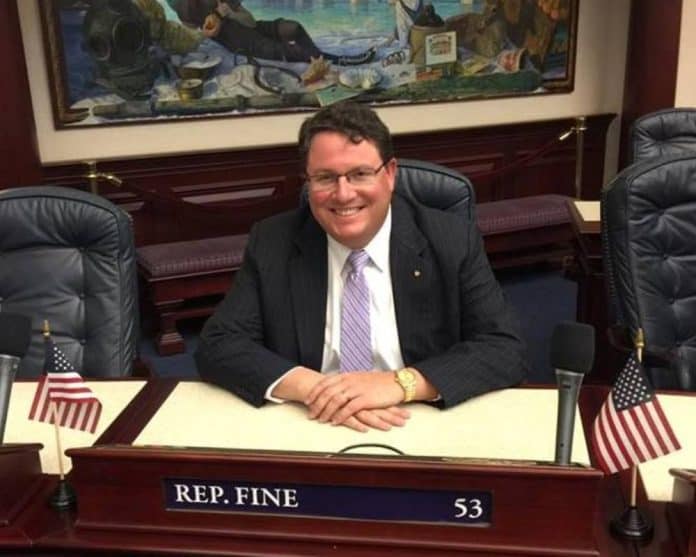 A state representative says it might be time to revoke the charter of Palm Bay, the largest city in Brevard County.

State Rep. Randy Fine, R-Palm Bay, is irate over a transportation project. After federal and state funds were used to build a new interchange for I-95, Palm Bay hasn’t finished the connecting road yet–making it an interchange to nowhere.

“My first reaction was ‘what?’ We spent $28 million on an interchange and there is no road that goes there? That to me is just extraordinary incompetence,” Fine told Florida Daily.

The St. Johns Heritage Parkway will extend south from its current terminus at Malabar Road to the new interchange–but the Palm Bay government was elusive at first when Fine asked when it would be finished.

“When we called yesterday to ask when the road when would be finished, they couldn’t give us an answer. After a day and a half of, I guess, scrambling around, they are now telling us it will be done in December but they didn’t know when we first asked the question,” Fine said.

Not only will the new interchange cost taxpayers $28 million, there is now an extra $475,000 for what the state described as putting the intersection into hibernation for rerouting the power supply to that intersection and for traffic control needed to prevent the use of that interchange.

“I’m mad. Everyone should be mad. This is a massive scandal,” Fine told Florida Daily, even questioning whether the city should be allowed to continue.

“It’s malfeasance. To know you are going to have a $28 million interchange, to know you have six years to build the road and not get it done? It’s crazy,” Fine said.

The city now also faces an audit from the state which is due soon. The audit will give Fine direction to move forward.

“Palm Bay is a city in crisis. The fact that this is happening at the same time as the audit, I think this is an existential time to think about can Palm Bay exist as a city? Had you asked me this a week ago, I would have thought that was a goofy question. If you ask me now, I think that is a legitimate question of can this city function,” Fine said.

The city responded to Fine, blaming most of the delay on the weather.

“The original projected date of substantial completion was projected to be June 19, 2019, barring weather delays,” noted Burak. “There were seventeen weather delay days added to the project from March 19th, 2019 through July 2nd, 2019. There was a 56 day delay in order to allow for the removal of gopher tortoises in the work area in accordance with the FWC permit. Eleven days were added to complete additional work required on an embankment to address road elevation and 43 days were added to accommodate additional work required along a 500’ segment of roadway leading to and including the intersection at Babcock Road. These schedule adjustments moved the new estimated date of substantial completion to October 24th, 2019. Due to recent weather conditions, a further thirty-eight weather delay days have been added, bringing the date of substantial completion to December 2nd, 2019.”

Fine thinks this audit will produce 35 or more actionable items for the city to fix and he is not encouraged.

“We have to have a real, hard discussion about the future of Palm Bay,” he told Florida Daily. “I mean the ability to have home rule comes with responsibility, and if you can’t build a road, how can you run a city?”

Fine would have to file and pass a bill to dissolve the city and have it signed by the governor. That bill has been written yet and the session starts in January. Voters in Palm Bay could also choose to dissolve the city by referendum in 2020 though that process has not been started yet either.