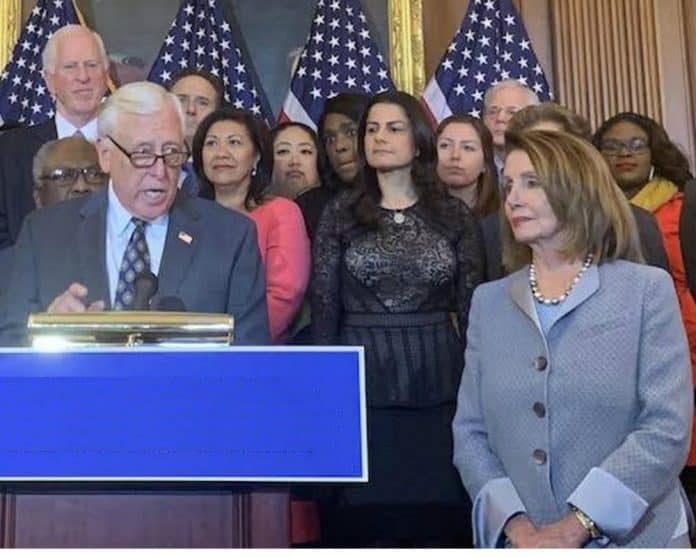 One of the top Democrats on Capitol Hill will be in South Florida on Thursday to join a congresswomen to focus on healthcare.

U.S. House Majority Leader Steny Hoyer, D-Mary., is scheduled to appear in Miami with U.S. Rep. Donna Shalala, D-Fla., representatives from Florida Blue and members of the community to weigh in how to “build upon the framework of the Affordable Care Act (ACA) to expand and increase health care benefits, while lowering costs and improving outcomes for the American people” and lowering barriers to accessing health care, expanding access to healthcare in traditionally underserved communities, and how to continue building upon the success of the ACA.”

While his boss Nancy Pelosi faced some challenges in taking over as speaker of the House after Democrats flipped the chamber last year, Hoyer had an easy path to become the number two man in the House and claimed the spot two weeks after Election Day.

Hoyer’s bid to be majority leader was helped considerably by the support of most of the Democrats in the Florida delegation as U.S. Reps. Kathy Castor, Charlie Crist, Ted Deutch, Lois Frankel, Alcee Hastings, Al Lawson, Stephanie Murphy, Darren Soto, Debbie Wasserman Schultz and Frederica Wilson were all early backers. So were Shalala and Debbie Mucarsel-Powell who had defeated then U.S. Rep. Carlos Curbelo, R-Fla., earlier in the month.

Still, at the age of 80, Hoyer has probably gone as far as he will go. Currently the senior Democrat in the House, Hoyer first came to Congress in 1981 when he won a special election. He’s been in the Democratic leadership for most of his career, starting with being vice chairman of the House Democratic Conference back in 1989 and moving up over the decades.

Before Hoyer was in Congress, he was active in Annapolis, including leading the Maryland Senate. Back in the 1960s, he worked as a staffer for then-U.S. Sen. Daniel Brewster, D-Mary., where he worked with Pelosi.

The Border Crisis Will Have a Negative Impact on Florida, Experts Say