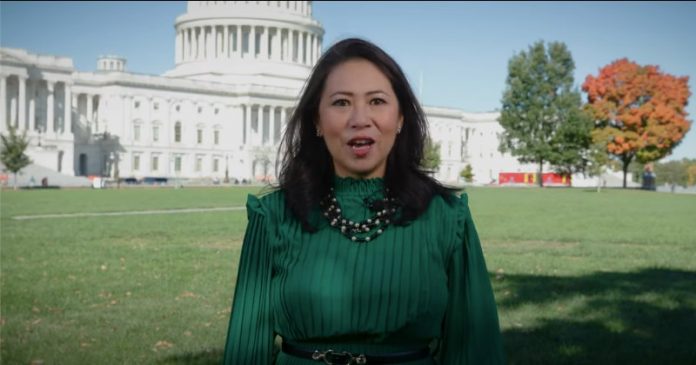 This week, U.S. Rep. Stephanie Murphy, D-Fla., released a new video thanking her constituents for their support, as her time serving them in the U.S. House of Representatives is coming to a close.

The video highlights some of Murphy’s greatest legislative accomplishments from the past six years, including passing funding for America’s infrastructure, lifting the federal ban on gun violence research, protecting Florida’s environment and serving on the Select Committee to Investigate the January 6 Attack on the U.S. Capitol.

Murphy, who served in the Defense Department under former President George W. Bush. upset longtime U.S. Rep. John Mica, R-Fla., in 2016. She announced at the start of the year that she would not run for a fourth term.

A transcript can be found below.

Almost six years ago, I was sworn in as the first Vietnamese-American woman to serve in Congress.

And at the ceremony, my son Liem waved a small American flag.

It was the same flag I waved in 1989 at a ceremony where my mom and I stood together, pledged our allegiance to America, and received our citizenship.

When I was a baby, my family fled communist Vietnam by boat. We were rescued at sea by the US Navy and offered safe haven in the United States.

I love this country. My patriotism is rooted in my gratitude to America.

Public service, first at the Department of Defense, and later as a Member of Congress, has helped me to chip away at this debt of gratitude.

Now, as my time in the House of Representatives is coming to a close, I want to look back at all we’ve been able to accomplish for Central Florida.

I didn’t really consider running for office until June 12th, 2016, when a gunman walked into Pulse nightclub and took the lives of 49 innocent people.

And two days after this horrific attack, the incumbent representing our congressional district cashed a check from the NRA.

I was outraged and knew we had to make a change.

And since coming to Congress, improving gun safety and protecting marginalized people, like the LGBTQ community targeted at Pulse, have been two of my top priorities.

America is telling the world that we will never let hate win, that we won’t forget the victims, and that we will fight to ensure no community will ever go through something like this again.

And through our efforts, the Pulse nightclub became a federally-recognized national memorial site.

To make our communities safer, I led the successful repeal of the ban on federal gun violence research.

And just this year, and for the first time in three decades, we passed a bipartisan package to reduce gun violence nation-wide.

My commitment to safety and security in our communities also includes increasing funding for our law enforcement through COPS grants, allowing local police departments to hire additional officers, and resourcing them with the body cameras and other equipment they need.

In Central Florida, we’ve helped over 5,000 constituents navigate federal agencies and recoup over $8 million owed them from the federal government.

I led the bipartisan effort to pass the Employee Retention Tax Credit during the height of the pandemic, which provided financial support to businesses who retained or rehired workers.

We’ll be able to help 6.1 million companies and 60 million workers stay tethered to their jobs and their health benefits in this crisis.

Within the American Rescue Plan, I fought for a provision to amend our tax code to make childcare more affordable for struggling parents during the pandemic.

I worked with a small group of legislators to significantly lower drug costs for American families-especially seniors- by allowing Medicare to negotiate drug prices.

During my second term in Congress, I was also elected as the first woman of color ever to lead the Blue Dog Coalition, where we worked to find pragmatic and fiscally responsible policy solutions to improve the lives of all Americans.

Protecting our environment for future generations has been a core tenant of my time in Congress, because no American state has more to lose from inaction on climate change than Florida.

I’ve secured funding for numerous projects to protect our natural treasures and secure the Florida way of life, including over $600,000 to restore the Little Wekiva River, a $1 million study on the economic impacts of harmful algal blooms, $3.3 million to count the great red snapper population-hopefully leading to a longer fishing season-as well as efforts to investigate manatee deaths.

If you look at the infrastructure bill that we just passed, it had the resources in there to improve water systems.

In 2021, we finally passed a historic bipartisan infrastructure bill, including huge investments in clean water, energy and electric vehicles-not to mention billions in funding to improve highways, public transportation, airports, and bridges.

We followed that with historic laws to promote clean energy and to secure our energy independence.

As a former national security specialist, I’ve had the honor of serving on the House Armed Services Committee, where I’ve championed servicemember pay increases, passed measures to deter our adversaries like China and Russia, and expanded military support to our allies like Ukraine.

I’ve been able to honor many remarkable men and women, including dozens of Vietnam War veterans from Central Florida.

I’ve also led the effort to honor the late U.S. Army Sergeant First Class Alwyn Cashe, a brave man and a native-Floridian, who gave his life protecting his fellow soldiers in Iraq.

Those efforts finally came to fruition, and I was honored to join Alwyn’s family as President Biden posthumously awarded him the Medal of Honor in 2021.

Narrowly escaping communism means that I never take for granted the freedom and democracy available in the United States.

Yet days after I was sworn in for my third term on January 6th of 2021, all of that was threatened.

We watched as the very citadel of our democracy was viciously attacked in an attempt to overturn a free and fair election.

This was a reminder that our democracy is not self-sustaining.

It must be preserved and protected by American patriots-and that’s why I was honored to join the Select Committee to Investigate the Attack on the Capitol.

And it’s about preserving what actually makes America great-the rule of law, free and fair elections, and the peaceful transfer of power from one elected leader to the next.

For more than a year, we have gathered evidence and presented a number of public hearings to lay out the facts for the American people, and for the historical record.

Serving my community in Congress has been the honor of my life, and I’m beyond proud of all we’ve been able to accomplish in the last six years.

Thank you to all my staff, both in Washington and in Florida, for your tireless work serving the people.

Thank you to my family for your never-ending love and confidence in me.

And thank you, Central Florida, for electing me, supporting me, and allowing me to serve you. 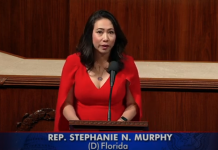