Saying it will help the Sunshine State, U.S. Rep. Stephanie Murphy, D-Fla., has paired up with U.S. Rep. Debbie Lasko, R-Ariz., on the “Trusted Traveler REAL ID Relief Act” which “would allow airline travelers in the U.S. to use a TSA PreCheck Known Traveler Number as an alternative to REAL ID when new traveling ID requirements take effect” at the start of October.

Lesko introduced the bill this week and the two congresswomen showcased it on Thursday, stressing many Americans are not prepared for the changes that will take place later this year.

“Passed in the aftermath of the 2001 terrorist attacks, the REAL ID Act increased minimum security standards for state-issued identification cards and prohibited federal agencies from allowing airline passengers with incompliant driver’s licenses and identification cards to board an airplane. It is estimated that nearly 100 million Americans do not currently possess an acceptable form of identification, such as a REAL ID license, U.S. passport, U.S. military ID, or a DHS trusted traveler card. As a year-round tourist destination, Florida could be harmed by the hasty implementation of these security identification standards. Florida also has the highest percentage of senior citizens and is home to millions of non-native English speakers,” Murphy’s office noted. The bill “also requires TSA to develop a contingency plan to address travelers who attempt to travel without REAL ID-compliant credentials.”

Specifically the REAL ID Act would ensure Americans have enhanced driver’s licenses for domestic flights. Murphy’s office insisted Florida was not ready for it.

“Floridians flying outbound to other U.S. states and territories will also be affected by implementation of the REAL ID Act,” Murphy’s office noted. “Airport travelers on domestic flights without a REAL ID-compliant credential will not be able to proceed through TSA security screening, and thus will be unable to board their flight. Travelers on international flights will be able to use their passports. Infrequent flyers and seniors are more likely to be unaware of the changing identification requirements. The 20 percent of Florida residents who are over age 65 could face substantial hurdles to coming into REAL ID compliance such as transportation to a DMV facility or access to a birth certificate. Older Americans who are turned away by TSA officials due to being REAL ID incompliant might not be able to make alternative arrangements to get to their destinations and might be discouraged from booking air travel again.”

“As the October 1, 2020 deadline quickly approaches, many Americans are still without REAL ID-compliant identification,” said Lesko. “Only 16 percent of Americans believe they have a REAL ID, while approximately 99 million Americans say they do not have any form of REAL ID-compliant identification. These figures are clear indicators of the mass confusion, chaos, and delays that will most certainly occur across our nation’s airports if proper measures are not taken by October 1. We must take action to ensure a seamless transition when REAL ID requirements take effect.”

“Despite a rapidly approaching deadline, not enough Americans are aware of the new and heightened ID travel requirements,” said Murphy. “This commonsense bill allows those enrolled in TSA PreCheck to continue their journey without disruption, smoothing the transition to these enhanced security standards.”

The bill has garnered support from the business community.

“The aviation industry remains concerned about the implementation of REAL ID for boarding commercial aircraft and appreciates Congress’ attention to this critical issue,” said Sharon Pinkerton, the senior vice president of legislative and regulatory policy for Airlines for America (A4A). “The Trusted Traveler REAL ID Relief Act is a positive step toward ensuring that the 2.4 million people who travel every day will be able to flow through the system as seamlessly as possible this fall.”

“AAAE appreciates this effort to provide creative ways to address the challenges posed by the October 1 REAL ID enforcement deadline,” said Todd Hauptli, the president and CEO of the American Association of Airport Executives. We look forward to working with Congress, the administration, and our industry partners to advance solutions that ensure the traveling public is not grounded on October 1.”

“Travel advisors are doing their part to educate the public on the looming REAL ID deadline, but getting implementation right and preventing real harm to the travel industry will require an ‘all hands on deck’ approach,” said Zane Kerby, the president and CEO of the American Society of Travel Advisors (ASTA). “We applaud Congresswoman Lesko and Congresswoman Murphy for their leadership on this issue and look forward to both supporting this commonsense legislation and to working with government and industry stakeholders to make sure REAL ID implementation goes as smoothly as possible.”

“Airports are concerned that the low penetration of REAL ID compliant identification among the traveling public will negatively impact passengers and airport operations,” said Kevin Burke, the president and CEO of the Airports Council International-North America. “If, on October 1, millions of passengers are unable to board their flights when they arrive at airports, it will significantly disrupt the lives of individuals as well as operations throughout our interconnected aviation system. We appreciate Rep. Debbie Lesko and Rep. Stephanie Murphy for recognizing the harm this could have on the U.S. aviation system – a major pillar of our national economy – and for offering practical solutions to help ease the transition to full implementation of REAL ID. DHS and TSA should continue to advance initiatives to raise public awareness about the upcoming REAL ID deadline while working to identify alternatives that minimize the impact on the traveling public.”

“If REAL ID standards were put into effect immediately, nearly 80,000 Americans could be turned away from the TSA checkpoint on the first day,” said Tori Emerson Barnes, the executive vice president of public affairs and policy for U.S. Travel. “With the evolution of security and technology in the 15 years since the REAL ID Act was passed, the Trusted Traveler REAL ID Relief Act advances discussions on ensuring a smooth transition into REAL ID enforcement and the future of security screening. We applaud Reps. Lesko and Murphy for taking this positive step toward modernizing our travel security systems.”

Lesko’s bill was sent to the U.S. House Homeland Security and the Oversight and Reform Committees. So far, there is no counterpart over in the U.S. Senate. 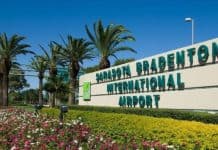 Letter to the Editor: Facts about the PFC