You will again see a large number of changes in my poll this week. Simply put, we are learning more about the teams we are ranking by their performances. It is also becoming clear that some wins are better than others.

Who should be number one at this point of the season? The media will tell you that Clemson and Alabama are the two best teams in the country. Maybe your eye test would tell you the same thing, but that won’t be the case here. I don’t use the eye test, and I don’t move teams up a slot when the team in front of them loses. I want to evaluate the teams based on whom you’ve beaten and which teams you lost to.

Using that criteria, I’ve had Clemson at number one based on the strength of their thrashings of Georgia Tech and Syracuse and complete dominance over Texas A&M. What’s happened since then? Georgia Tech lost to the Citadel and the Aggies dropped their second game of the season, this time at home against Auburn. How can I view those two wins the same way I did in weeks one and two with new input? I can’t and I won’t keep Clemson at number one when other teams have done more. The Tigers may be at the top at the end of the season–but not this week.

Is it time for Trask mania? Time to start all of the terrible puns? Are the Gators up to the Trask? OK I’ll stop there.

What I saw from the Gators on Saturday was steady but unspectacular play against a pretty awful team. I’m not convinced that Kyle Trask can beat the best teams in the SEC but I am convinced that he won’t make the same silly mistakes we’ve seen from Felipe Franks over and over again. Franks is the better athlete and playmaker but Trask might be just the game manager Florida needs.

Michigan got pounded at Wisconsin on Saturday and the calls for Coach Jim Harbaugh’s head are growing louder. What’s wrong with the Wolverines? Certainly, the offensive and defensive lines have not played well enough but does anyone remember when QB Shea Patterson was transferring in from Ole Miss to save the day and take this team to the next level? It seems to me like he has regressed dramatically since he arrived in Ann Arbor and a change at quarterback may be a better move than a change at head coach.

A lot of media pundits are saying “I told you so” about UCF this week after their stunning, last minute loss at Pitt. I’m not ready to pile on except to say that I don’t believe UCF could win 25 regular season games in a row against a Power 5 schedule. They are still one of the best teams in the country though and, don’t forget, they are racking up the yards on offense with a true freshman at quarterback. If the team ever does get McKenzie Milton back in 2020, they are a candidate to start another streak. UCF still has all of its goals in front of them. They were never going to make the playoffs anyway, no matter what they did. They still have the ability to win their conference and a berth in the Cotton Bowl. Boy, would I love to see this team against a major team that does not make the playoffs like Notre Dame. 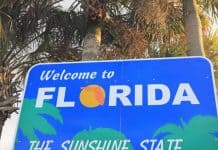 Karol Markowicz: Another Round to Florida: Citadel Flees Illinois for the Sunshine State

Synan Says, the Real Top 25 in College Football: Save the Bowls