The two big Florida teams in action last week won convincingly–but they both had tainted wins.

Florida walloped Missouri 41-17, but the game was marred by what happened at the end of the first half and the reaction from Coach Dan Mullen. The Gators felt like their quarterback Kyle Trask took a cheap shot at the end of the half. Several players and Mullen ran out on the field as a  fight ensued. Here is the video capturing players throwing punches and Mullen running out on the field challenging coaches from the other team

Mullen wasn’t done. To start the second half, he came charging out of the tunnel to exhort the crowd to cheer more.  After the game, he showed up to meet the media in a full Darth Vader costume, making himself the villain on Halloween night.

“I got told they hit him late,” Mullen said in his post-game press conference. “Our guys are going to defend our quarterback.”

Mullen said he did not see the hit and he did not take responsibility for his actions. Mullen was fined $25,000 for his actions while defensive lineman Zach Carter and linebacker Antwaun Powell will both be suspended for the first half of the crucial Georgia game on Saturday. While Mullen told the media after the game he was simply trying to keep his players out of a fight, that’s not what the video shows. He simply has to be better than that as the leader of the program.

UCF went to Houston and beat the Cougars 44-21 without five defenders. Senior defensive back Antwan Collier was arrested for carrying a concealed weapon in his car after an on-campus traffic stop with three other players in the car. According to the police report, the car smelled of marijuana and was speeding across campus and the driver was driving erratically. The bodycam video from the UCF police officers, which can be shown here, causes the most concern.

As the players were being questioned by police, more UCF players came on the scene and started chiding the officers. According to the supplemental police reports, the officers were called “stupid” and “dumb” for detaining Collier as players told police, “I bet they’ll try to put some coke up in there. You know how these pigs do,”.

Coach Josh Heupel would not comment on the incident before the game–but he certainly has to explain why his players are displaying this kind of behavior on campus. What happens with these players could have longer-term implications for the UCF football program.

Looking ahead to Saturday, the stakes are high for Notre Dame. If the Irish are ever going to be back at the top, it must start with beating a hobbling Clemson at home. The Tigers come into the game with at least three defensive starters banged up and starting their backup quarterback. The good news for the Tigers is that their defense got angry after several first-half lapses against Boston College and shut the Eagles down. That backup quarterback is a five-star recruit and he looked like one in the comeback win Saturday.

The other huge matchup is in Jacksonville. I still call it the world’s largest outdoor cocktail party even if the powers that be no longer like that moniker. Even without the normal sellout crowd, the Florida-Georgia game still has a chance to be the biggest party of 2020. I expect Georgia and Florida to fight tooth and nail for control of the SEC East. This may be the SEC game of the year.

We get a great game Friday night too. Who is the best team west of the Mississippi? Oregon? Maybe USC? How about the winner between Boise State and BYU? Whoever wins will remain in the conversation for the four-team playoff and in the catbird seat for a New Year’s Six bowl game. Neither of these teams fears anyone in the nation. Those clamoring for BYU to play a top team are about to get their wish.

TOP 25 FOR THE WEEK BEGINNING NOV 1 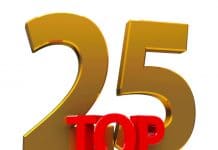