I have a hashtag that I use when it is just one of those stories that can only originate from Florida. I just simply put #OhFlorida in my social media when I highlight something like the Florida man getting run over by a car trying the “In My Feelings” challenge or the guy who called 911 for a ride to Hooters.

It’s time to use that hashtag for the state of football in the Sunshine State. After what I saw from Florida and Florida State this week, paired with Miami last week, football in the Sunshine State is as bad as I can remember it. #OhFlorida. For a second straight year, there’s a good chance the banner game in the state be UCF against USF on Black Friday.

Let’s start with Florida and its complete inability to run the ball in losing to Kentucky for the first time in the last 32 meetings. It was worse on the defensive side. The Gators allowed Kentucky to run for more than 300 yards! A stalwart defense used to be able to bail out UF and its terrible quarterback play but apparently not this year. It may be a long season in Gainesville.

Things are a little better in Tallahassee because the Seminoles won their first game under Willie Taggart. However, if you watched the game, you know this FSU team is not very good. FSU trailed Samford, a FCS school, 26-21 in the fourth quarter before putting together a late scoring drive and scooping up a defensive touchdown to win 36-26. The late win should not make FSU fans feel very good since this team has a host of problems on both sides of the ball, including allowing Samford’s quarterback to throw for 475 yards. I’ve been trying to warn my Nole friends that this is how Willie Taggart does things. Historically, his first two seasons at a school have not been very good. However, by  the third and fourth years, he gets it going–if he stays that long. Can FSU fans be that patient?

Miami got back on track by beating Savannah State but will we trust Malik Rozier against a good team? At this point, it seems pretty clear that UCF is the best college football team in the state. Let’s not forget USF either. USF scored a big win this past weekend, knocking off a “Power 5” school in Georgia Tech. That was the second most entertaining game I saw all day, losing out to Clemson’s heart stopping win over Texas A&M.

Here’s how I have them ranked this week solely based on results on the field, leaving out how I think one team would fare against another or pre-season rankings. Results only. 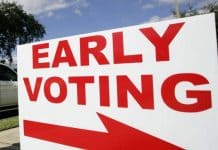