U.S. Rep. Ted Deutch, D-Fla., is staying on as chairman of the U.S. House Ethics Committee.

At the end of last week, Deutch announced that he will continue to serve as the chairman of the committee.

“It is my great honor to serve the House of Representatives and all Americans in this role. Never has it been more important to restore the American people’s faith in our government and their elected officials. We must hold ourselves to the high ethical standard that is expected of us and is owed to the people’s House. I commit to every American that I will diligently continue my work to make the House more transparent and accountable by enforcing the House ethics rules to their fullest,” Deutch said after U.S. House Speaker Nancy Pelosi, D-Calif., and the Democratic Caucus kept him in charge of the committee.

Pelosi weighed in on Deutch’s reappointment.

“As House Speaker, I am pleased to appoint Chairman Ted Deutch – a highly respected and experienced champion of good governance – to once more lead the Ethics Committee. Returning to the helm of this vital committee, Chairman Deutch will build upon his outstanding work in the last Congress to restore transparency, accountability and integrity to Washington. His firm, fair leadership is urgently needed to help restore the American people’s faith in the integrity of government at this difficult time,” Pelosi said.

“In the election, the American people decisively cast their ballots for a Democratic House majority that would fight for the people – putting the public interest before the special interests. Led by Chairman Deutch, the Ethics Committee will continue to be an effective, powerful force for good in this critical mission.”

“The Ethics Committee is unique among all House committees in that it is a bipartisan committee.  The Ethics Committee’s membership consists of 10 members, five members from the two national political parties. The chair comes from whichever party is in the majority party in the House.  All committee staff are nonpartisan,” the committee notes about itself on its website.

“The Ethics Committee has three main functions.  First, the office of Advice and Education is designated to answer questions and provide ethics training to House members, officers, and employees.  Contact with the committee about the application of laws and rules to proposed conduct is welcomed and encouraged. The committee’s advisory function is conducted in a confidential manner.  The committee rules prevent an Advice and Education inquiry from being transformed into an investigation,” the committee’s website continues. “The second function of the committee is investigations.  The committee is charged with investigating and adjudicating any alleged violations of the House rules or any related statutes by House members, officers, or employees. The committee’s third function is reviewing financial disclosure statements filed by members, candidates, senior staff, and shared staff.”

First elected to Congress in a special election in 2010, Deutch has also led the U.S. House Middle East and North Africa Subcommittee in recent years. Deutch represents a solidly Democratic district that includes parts of Broward and Palm Beach Counties. In 2020, Deutch took 59 percent of the vote against Republican James Pruden. 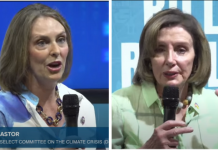 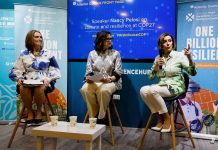 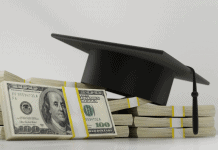