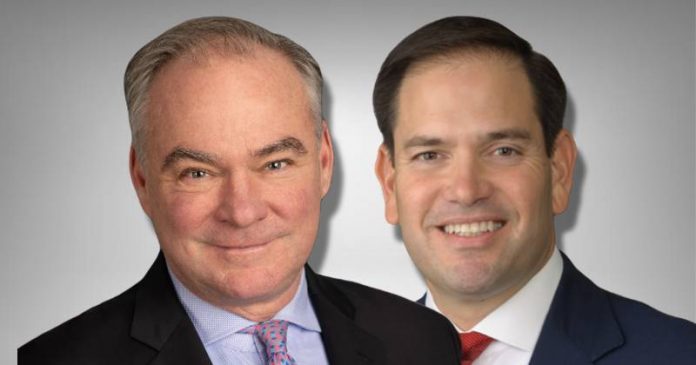 “In 2019, the UN Fact Finding Mission (FFM) in Venezuela was established to investigate extrajudicial killings, disappearances, arbitrary detentions and torture, as well as other cruel, inhumane, or degrading treatment that has occurred in the country under the criminal Maduro narco-regime since 2014. The FFM has published several extensive reports documenting evidence of human rights violations, including crimes against humanity, in Venezuela,” Rubio’s office noted. “The legislation would direct the U.S. government to support extending the mandate of the FFM until the crisis in the country is resolved. It would also require further action by the U.S. government to support human rights in Venezuela.”

“Maduro and his cronies continue to commit grave crimes and human rights violations against their own people. They have allowed the forced recruitment and exploitation of children as soldiers by gangs, caused over seven million Venezuelans to flee their homes, fanned the flames of food insecurity, and pushed Venezuela to become one of the world’s largest refugee crises. Extending and bolstering support for the UN Fact Finding Mission in Venezuela is an urgent and necessary step to help support human rights in Venezuela and hold the Maduro regime accountable. By protecting human rights in Venezuela and holding Maduro accountable, we can also begin to address the root causes of migration from Venezuela to the U.S.,” Kaine said on Monday.

“While the Maduro narco-regime actively seeks international legitimacy from far left governments in our region, the free world must remember the criminal nature of this despotic dictatorship. The people of Venezuela have been subjected to unimaginable hardships, as documented by the UN Fact Finding Mission. We have a moral duty to fight for justice and ensure Maduro and his thugs are held accountable,” Rubio said.

The bill was sent to the U.S. Senate Foreign Relations Committee. U.S. Reps. Albio Sires, D-NJ. and Joaquin Castro, D-Tex., are championing the bill in the U.S. House.