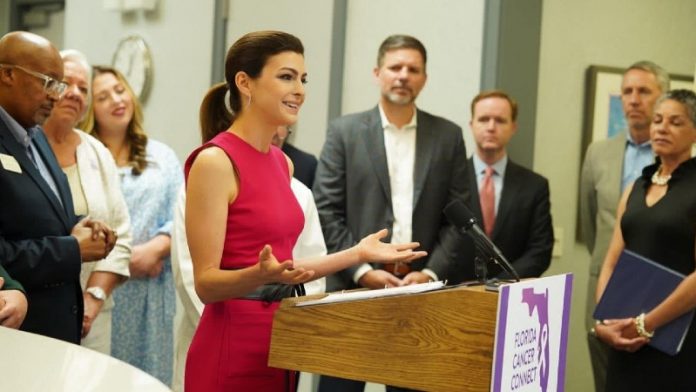 Over the last decade, Democrats built an enormous voting edge with women. Republicans have largely failed to cut into it. A few weeks ago, Florida Republican Governor Ron DeSantis ran an ad featuring his wife, Casey, where she talked about how her husband has helped her through her cancer diagnosis. Some noted that the ad might matter less for DeSantis’s reelection campaign than for his likely presidential run. Casey DeSantis’s appeal to women can help Republicans across the nation close the gap with women in 2024.

Democrats have capitalized on pro-choice issues by demonizing “extreme” Republican views on abortion, such as abortion bans even in the instance of rape, and claiming that Republicans opposed birth control access. Democrats have also focused on issues like paid work leave and child care. And Democrats have highlighted controversial comments Republicans made about women, whether uttered by Donald Trump or the late Rush Limbaugh.

The left has also benefited from having more prominent females on its side – from politicians like Hillary Clinton, Elizabeth Warren, Jennifer Granholm, Kathleen Sebelius, and Kamala Harris to outspoken celebrities like Oprah Winfrey, Meryl Streep, Eva Longoria, and Olivia Rodrigo.

Democrats have used these advantages to control the narrative on what policies benefit women. In 2012, Barack Obama successfully portrayed Republicans as waging a war on women, and this charge played a role in his victory. This cycle, Democrats have scored several special election wins by casting Republicans as fascists who want to lock up women if they have abortions.

Additionally, Republicans have tried to turn the tables on the issues by expressing an openness to paid leave and a child tax credit, while also stressing Republican positions on issues that affect women, like school choice, in-person schooling, and ensuring that biological women have a chance to compete in sports.

Though Republicans seem to have more political momentum lately, their numbers have not improved with women as they have with Hispanics and African-Americans. The faces of Republican Party leadership remain older men like Mitch McConnell. The party needs some effective surrogates.

Casey DeSantis has shown skills in this role like few others. She has been an active partner in her marriage to DeSantis and in his political career. She has a television background, so she has shown natural speaking talent, as has Arizona gubernatorial candidate Kari Lake. Casey DeSantis has seen her husband’s political stock take off as their young family was taking shape, and she has had to balance all this with another challenge: a bout with breast cancer, an illness all women understandably fear.

Casey DeSantis has shown that she wants to play an active role in her husband’s political career, and through her personal strength, down-to-earth nature, and good communication skills, she connects well with voters, as seen in her latest ad.

If Ron DeSantis ends up as the GOP presidential nominee in 2024, his wife could prove a powerful advocate not only for him but also for other Republicans. Most voters do not split their tickets when voting, so it is likely that if more female voters are drawn to DeSantis, they could be more inclined to vote for other Republicans.

No one should discount Republicans’ other substantive efforts to close the gender gap. But messengers are vital, too, in reaching voters. Casey DeSantis seems to have this gift, and her husband and other Republicans can benefit from it.