After the 2000 election, much of the nation looked down on Florida for its chaotic, infamous recount. But Florida worked hard to reform its election system over the next 20 years. As a result, while many swing states faced scrutiny in 2020, Florida won praise for how it conducted elections in the face of a pandemic and record voter turnout. More than two decades after the recount, Florida has enacted many election reforms that other states should follow.

And yet, Florida’s reforms are not above criticism – two, in particular, may have contributed to more voting problems in the United States.In the lead-up to the 2000 election, arguments raged over the use of mail-in voting. After the 2000 election, to avoid the complications mail-in voting had caused, Florida adopted “no excuse absentee voting.” Since then, dozens of states have enacted this policy. Additionally, some have moved to universal mail-in voting. COVID-19 arguably created the need for mass mail-in voting – but the system has countless problems.

In 2020, it took several days to call the presidential election due to the difficulties in counting mail-in votes. And it took weeks to decide several congressional races.

This primary season, mail-in voting has proved to be even more problematic. It took California weeks to count its votes, as it did Washington and Arizona. All these states had competitive races for various offices, and the delay in counting prevented the public from knowing the general election nominees in a timely manner. In some situations, these delays caused incumbents not to know if they had won or lost for days.

Mail-in voting also creates further anxiety about the sanctity of the election process. The right has claimed that mail-in voting is ripe for fraud, while the left maintains that U.S. Postmaster General Louis DeJoy is a rabid right-winger who is conspiring to suppress Democratic votes. This much is clear: the mail is unreliable, and its unreliability gives credence to Democratic and Republican thinking because ballots might get sent to the wrong house or not be counted. In-person early voting is a better option.

The irony, then, is that, had Florida not embraced mail-in voting, and won much praise for doing so, the U.S. might not be in its current situation.

Another element of voting that Florida helped jumpstart is the widespread use of provisional ballots – that is, ballots cast by voters showing up to vote in the wrong precinct. In many close elections, a large amount of provisional ballots can decide an election and inevitably delay a final tally. It takes a while to determine if provisional votes are valid, and doing so slows down the rest of the vote-counting process, too.

In more than a few elections over the years, the candidate who is behind in the vote count has then gained the lead from “late discovered” provisional ballots. These provisional ballots are probably legitimate, but they foster the illusion that one side is stealing the election by “finding” new votes. Skeptics also reason that if someone wanted to steal an election, sneaking in fraudulent ballots with provisional ballots would be the best way to do it.

Should voters be penalized for showing up to the wrong precinct? It can be tough to know where to vote, especially since some precincts can change from election to election. Instead of provisional ballots, governments should follow Georgia’s established protocol for this. Georgia election workers direct people to where they are supposed to vote when they show up at the wrong place. With early voting and the fact that precincts are not too far away from one another, this kind of protocol should not seriously impede anyone’s voting rights.

Florida’s current political leaders shouldn’t be blamed for these two misguided reforms, since they were not in office when the changes were made. Florida Republican Gov. Ron DeSantis tore into states that could not count their ballots on time, but DeSantis and other Florida leaders should consider fixing Florida’s few remaining voting problems. Given Florida’s success on many other issues, if the state takes the lead here, it could kickstart further change nationwide.

Todd Carney is a lawyer and frequent contributor to RealClearPolitics where this piece first appeared. He earned his juris doctorate from Harvard Law School. The views in this piece are his alone and do not reflect the views of his employer. 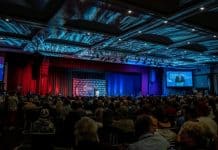