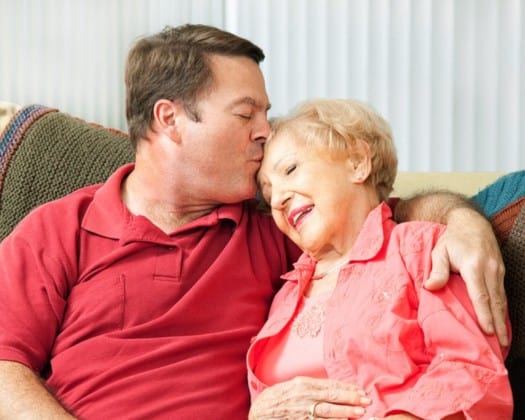 According to studies, the last ten years reveals an increasing number of men serving as family caregivers.  Up from 35 percent a decade ago, studies show men now make up more than 45 percent of those caring for an aging, disabled, or chronically-ill loved one—a number reflecting more masculinity inserted into what traditionally appeared to be a role overwhelming dominated by females.

Yet our country, and now even razor blade companies, seem to assert our society is replete with ‘toxic masculinity.’ Whether a direct or indirect swipe at the president, the debate appears burrowed into the regular discourse of American life.

As a caregiver for three decades for my wife, I need my masculinity, and I reject the notion of any part of it being toxic.

Simply relegating responsibility of poor behavior to mere gender ignores the ravages of our oft selfish natures when we put our personal desires ahead of love and respect. Such selfishness is hardly limited to one gender.

Masculinity as a caregiver brings its own approach to the age-old problem of carrying for a loved one with an impairment.  While the stress of caregiving challenges respect neither gender, our makeup as men and women color our response. Some men will try to do a checklist and logically try “get it done,” and some women approach the caregiving journey as nurturers. Yet, at other times men and women respond with similar behaviors from both genders.

I’ve encountered incredibly tender men who gently care for a loved one, and I’ve encountered women who viciously excoriate their loved ones. The choice and responses of dealing with the stress remain up to the individual.  Yet, rather than berate one group as possessing a leaning towards toxicity, we can bore in past the ‘political correctness’ and just see the human heart plagued by self-centered behavior.

We don’t see any national discourse on the toxic behaviors of women—who, just like men, possess unique ways to behave poorly. While one can argue that society also pays for the poor choices some women make, making either entire genders pay the price for the behavior of some seems not only inappropriate but destructively prejudicial.

Rather than berate or even try to alter us as men, we better serve ourselves as a culture when we learn from each other and incorporate our strengths together. I celebrate my masculinity as a caregiver and admire the femininity that women bring to the role. As a caregiver, I’ve learned tips, tools, and great wisdom from many women who understand the journey.  I’ve also offered insights from my own journey to women feeling crushed by theirs. My approach as a man helps me in ways that many women can’t see.  Yet, women bring insights to help them—and men— in ways that we can’t often see. While I rue the many mistakes I’ve made as a man, I extend the grace I depend upon—to women who’ve made mistakes as women.

There is nothing like caring for someone with a disability a for a couple of decades to illuminate the toxicity in one’s heart. Attaching that or any other kind of toxicity as gender defect is a shallow approach to a deeper problem. Character issues reflect a heart condition, not a gender problem. When it comes to caregiving, we’re all in this together—we’ll either be one or need one. Rather than divide us by politically correct stereotypes, we serve ourselves better by blending our unique strengths as men and women.

Peter Rosenberger hosts a radio program for family caregivers broadcast weekly from Nashville on more than 200 stations. He has served as a caregiver for his wife Gracie, who has lived with severe disabilities for more than 30 years. @hope4caregiver 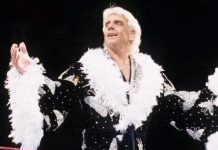 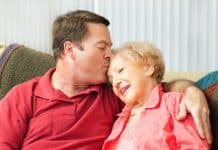