With the Florida Legislature preparing to debate property insurance legislation during the upcoming special session next week, a nonprofit trade association advocating for the rights of homeowners and independent contractor businesses this week sued the Florida Office of Insurance Regulation and two insurance companies.

“Every year, Florida homeowners and businesses pay the ever-increasing cost of property insurance premiums with the expectation that they will be covered when they need it most,” said RAF President Richie Kidwell. “It’s only then that they realize state regulators have allowed insurance companies to unjustifiably stack the deck against them and erode their ability to be made whole.”

The complaint states that insurance companies have been allowed “to mount as many barriers as possible to homeowners receiving the proceeds of their policies for lawful claims while, at the same time, reaping the benefits of policy premiums paid by Floridians.”

The association is seeking an injunction declaring the revised insurance policies invalid and allowing its members to continue to work with homeowners to perform necessary repairs or inspection services without the threat that these important activities would be restricted by the two insurance companies’ revised policies.

“Insurance companies have shown a steady and repeated pattern of grabbing every dollar they can from consumers and then doing everything they can to keep that money for themselves, rather than lower rates for their customers,” Kidwell said. “This must change if Floridians want to receive relief from skyrocketing insurance premiums.” 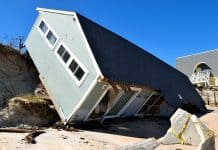