U.S. Rep. Val Demings, D-Fla., is backing a bill in the U.S. House that will help make sure that when Congress hands out a subpoena, the person getting it will actually appear.

U.S. Rep. Ted Lieu’s, D-Calif., bill would make it easier to hold members of the executive branch of the federal government in contempt if they refuse to appear before Congress.

Demings is co-sponsoring the bill and she explained some of the reasons behind her support of it this week.

“The Department of Justice prosecutes cases of contempt of Congress. But what happens when the person in contempt is the head of the Justice Department?” Demings asked. “The Trump administration’s refusal to cooperate with Congress is a threat to Congress’ position as a co-equal branch of government. It is clear that if America is going to survive as a nation of laws, Congress must renew its legal authority to unilaterally hold government officials in inherent contempt. I’m glad to join Rep. Lieu and other colleagues to help restore the fundamental principle of checks and balances to our government.”

“It doesn’t require a lot of imagination to see why this bill is necessary. Nearly every House committee has been blocked by the Trump administration at one point or another from getting testimony and documents needed to conduct oversight. We’re over a year into litigating multiple congressional subpoenas in court. We have already held two cabinet officials in criminal contempt. All of this, and the American public still doesn’t have answers about the extent of the Trump administration’s abuses of power. As a co-equal branch of government, it’s our responsibility to serve as an independent check of the executive branch. This bill enables us to hold those who refuse to abide by the law accountable,” Lieu said.

All of the bill’s backers are Democrats who sit on the U.S. House Judiciary Committee, including U.S. Rep. Madeline Dean of Pennsylvania.

“In the past few years we’ve seen a president and an administration that has very little regard for Congress’s oversight powers, co-equal branches of government, and the rule of law – by refusing to testify, produce documents, and even respond to our letters. It is clear that the norms that kept our system of checks and balances functioning need to be strengthened with concrete rules and laws, and this legislation is a necessary step in restoring the balance of power between co-equal branches of government as the founders intended,” Dean said.

The bill allows Congress to hold floor votes on contempt measures that would have fines starting at $25,000 which could rise as high as $100,000 with continued non-compliance. It would allow both the president and the agency where the subpoenaed person works to object to any demand to appear before Congress with debate on the floor and a vote on whether or not that person should have to appear.

Democrats could take up Lieu’s proposal if they flip the U.S. Senate in November. However, if Trump wins a second term, he would undoubtedly veto the measure. If Democrats were to win both the Senate and the White House in November, it’s unlikely they would offer this type of check on a new president from their party.

Demings, who served more than a quarter-century in law enforcement and rose to be Orlando’s police chief, is a contender to be former Vice President Joe Biden’s running mate. 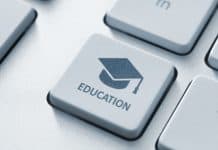 Marco Rubio: ‘The Long Arm of China is Not Some Futuristic Threat. It’s Already Here