“Designating the river as scenic would add Little Manatee River to the National Park Service’s Wild and Scenic River System, whose primary goal is to conserve free-flowing rivers across the United States,” the congressman’s office noted. “The Loxahatchee River and the Wekiva River are the only rivers in Florida currently recognized under the federal program. Little Manatee River, one of the most pristine blackwater rivers in the state, begins in southeastern Hillsborough County and flows downstream into Tampa Bay and through Little Manatee River State Park.”

Buchanan said adding the Little Manatee River on the list of national scenic rivers would ensure it is protected from development.

“Protecting our precious natural resources should always be a top priority,” Buchanan said. “Our region is blessed with many natural treasures including Sarasota Bay, Emerson Point Preserve and Myakka River State Park. Designating the Little Manatee River will ensure that it is kept in its current pristine condition for generations to come.”

Buchanan’s bill was sent to the U.S. House Natural Resources Committee on Tuesday. So far, there is no companion measure in the U.S. Senate and no cosponsors in the House.

State Rep. Margaret Good, D-Sarasota, who defeated the congressman’s son to win a seat in the state House, is challenging Buchanan in one of the more closely watched congressional races in Florida. 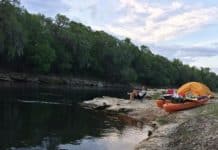 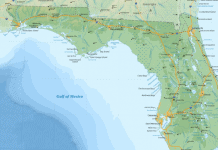