Last week, the late Nobel Prize-winning economist Milton Friedman would have turned 106. The negative income tax, an idea he proposed, is the inspiration in part for a policy that has been in the news lately under a different name: universal basic income (UBI). Unfortunately, these UBI proposals fall well short of Friedman’s plan.

Under a negative income tax, anyone making a certain minimum income (such as the poverty level) would pay no federal income taxes.  Those making less would get a check to get them up to that amount. Everyone else would only pay taxes on the income above that minimum.

The key component of the plan is that this would replace all existing welfare programs (which should include the minimum wage). Compared to the current welfare system, Friedman’s plan has three main advantages: it would guarantee everyone a minimum level of income; it would be cheaper; and it would provide a stronger incentive to work.

According to the Cato Institute’s Michael Tanner, the federal government alone spends about $15,000 per poor person (including children). This figure rises to more than $20,000 when state and local spending is included. If we just gave a family of three that money, they’d no longer be poor.

The problem is that the huge bureaucracy needed to administer these programs is expensive. That’s why a negative income tax would be cheaper.

As Duke University economist Michael Munger noted in a recent op-ed in The Hill, under the current system, “we have created what experts call the ‘benefits cliff’: The first $10,000 earned in a new job by a single mother in Section 8 housing, with food subsidies, costs her $12,000 or more. That’s a marginal tax rate of more than 100 percent.”

No fiscal conservative should be in favor of such a high tax rate. This provides a huge disincentive to finding work and getting off welfare. A negative income tax would eliminate that benefits cliff.

Unfortunately, the UBI proposals being considered in Chicago and the one already in place in Stockton, California (which a few years ago became one of the first cities to declare bankruptcy) look nothing like Friedman’s negative income tax.

For example, Chicago’s proposal would give 1,000 families $500 a month. So, it’s not “universal” because only a few families get it. It’s not a “basic income” because no one in Chicago can live on $6,000 a year. Furthermore, that would be on top of the current system. It would not eliminate a single existing welfare program.

While there is a nugget of a good idea behind the Universal Basic Income, the current proposals being discussed do not replace the welfare state; they add on to it. That would be a universally bad idea.

Dean Stansel, a fifth generation Florida native, is an economist at the O’Neil Center for Global Markets and Freedom in Southern Methodist University’s Cox School of Business in Dallas. 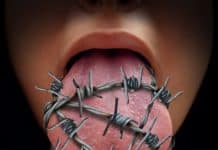 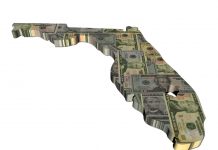