A recent guest column by  Alex Snitker of the now-defunct Liberty First Network contained the usual series of misunderstandings, false statements and outright lies that we have come to expect from Florida’s monopoly utilities and their paid advocates.

This should come as no surprise to Florida energy consumers as we experienced the same type of scorched earth misinformation campaign when we were given the opportunity to expand solar energy in 2016. In addition to stopping solar choice, monopoly utilities waged war against Floridians by spending millions in rate-payer dollars to push their own deceptive ballot initiative that would have restricted individuals and companies from purchasing low-cost solar arrays on their own. As we learned from 2016, the monopoly utilities do not want to compete for your business and will do whatever it takes to maintain their multi-billion-dollar stranglehold on consumers.

Watch out they are doing it again.

Mr. Snitker, who is not known as an expert in energy production, makes several misleading claims. First, he argues that passage of our amendment would lead to “technological stagnation and rising energy costs to the consumers.” This is flat out wrong.

Almost 20 years ago, under Governor George W. Bush, Texas broke up utility monopolies and created an energy choice market. As a result, consumer costs decreased, and renewable energy production skyrocketed. Now, thanks to innovation driven by the competitive market, 20 percent of all electricity produced in Texas comes from renewable sources and Texas consumers can sign up for a 100 percent renewable energy plan that is cheaper than any monopoly plan in Florida. Florida’s energy choice amendment is based upon the successful Texas model and, in fact, was authored by the chief architect of the Texas choice model.

Mr. Snitker further claims that energy choice will create a disincentive for production and that consumer costs would rise. The truth is just the opposite. According to a 2017 study by the Texas-based Perryman Group, Texas-style energy choice in Florida could create up to 90,000 permanent jobs and generate $8.3 billion in gross product by 2030, all while decreasing prices by 27 percent. Clearly, choice and competition will increase production and lower prices. One would think that a self-avowed free-market libertarian would understand the most basic principle of supply and demand.

The next curious claim is that “efficiency and environmentally safer alternatives…will slow down tremendously in Florida.” Again, false. Again, look at Texas. As previously stated, since implementing energy choice and breaking the monopoly stranglehold on renewable production, Texans benefit from roughly 20 percent of their energy coming from renewables. In comparison, we in the Sunshine State receive a dismal 1 percent of our power from solar.

Finally, as if unconvinced of her own arguments, Mr. Snitker attempts to scare us into believing that energy choice will prolong electricity restoration after hurricanes. This, too, is a falsehood.  It is important to understand that utility companies, not generation companies, are responsible for delivering power to consumers. In a choice market, the sole responsibility for utility companies is infrastructure maintenance, power line repair, and electricity restoration. With companies specifically focused on repairing those lines, electric delivery in Texas was up and running three days after Hurricane Harvey passed. Compare that to your most recent storm experience and marke up your own mind.  Finally, as we learned in 2016, the monopoly utilities will say and do anything to protect their multi-billion-dollar profits. Do not let them fool you. Make sure to do your homework and do not take anything at face value. To learn more about the opportunity that Florida has to lower costs and increase renewable energy production, please visit www.flenergychoice.com.

Alex Patton is a political consultant living in Alachua and chair of Citizens for Energy Choices.

Local Republicans in Florida Go After One of Their Own in State Rep. Randy Fine 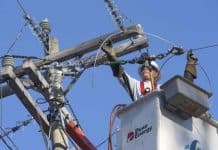