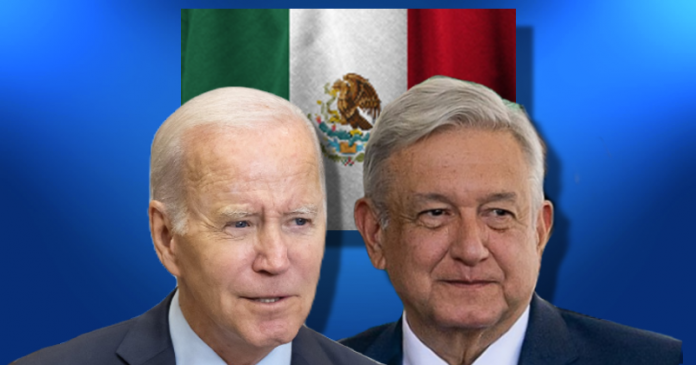 “Biden failed to demand accountability and cooperation during previous meetings with both Obrador and Chinese President Xi Jinping. Mexico and China both play tremendous roles in the growing fentanyl crisis claiming record numbers of American lives every year. In a letter sent today, Attorney General Moody is demanding that Biden use next week’s meeting to correct course and fight for the American people,” Moody’s office noted.

Moody said, “President Biden must not squander this opportunity to demand accountability from Mexico for its role in the deadly fentanyl crisis that is claiming record numbers of American lives. Biden is 0–2 in previous meetings, but now has an opportunity to hold President Obrador’s feet to the fire and force cooperation in the dismantling of fentanyl production and distribution centers operated by the Mexican drug cartels.”

“Ahead of Biden’s visit to Mexico City, the White House announced an agenda that excluded fentanyl to focus on ‘climate and the environment, migration, diversity and inclusion and increasing North America’s economic competitiveness.’ Thursday, Biden added that the president and Obrador will also discuss strengthening the border between the two countries. At about the same time that the White House announced the Mexico City trip, two federal agencies announced grim nationwide drug-related statistics: the Drug Enforcement Administration seized more than 379 million deadly doses of fentanyl in 2022—enough to kill every man, woman and child in the U.S. The Centers for Disease Control and Prevention announced more than 108,000 drug overdose deaths during a 12-month span ending in February 2022,” Moody’s office noted. “These statistics could increase as a result of the chaos at the nation’s border with Mexico. Attorney General Moody is taking the Biden administration to federal court over the intentional dismantling of the public safety immigration structures fueling the border chaos and fentanyl crisis.:

Biden is scheduled to travel to Mexico City on Monday for a two-day summit with President Obrador and Canadian Prime Minister Justin Trudeau. Buden visited the nation’s border with Mexico on Sunday.