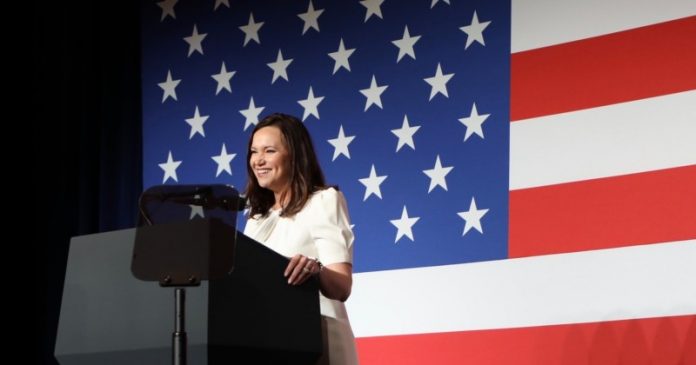 Running for a second term in next month’s election, state Attorney General Ashley Moody announced on Thursday that 14 of 20 Florida State Attorneys are behind her campaign.

“Florida State Attorneys are trusted to uphold the rule of law and pursue those within their communities that would seek to do harm. It is an honor to have the support of these criminal justice leaders and I look forward to working with them as we fight for a stronger, safer Florida,” said Moody.

“Attorney General Ashley Moody is a tough-on-crime prosecutor and has represented our state with honor and distinction these last four years,” said Ginger Bowden Madden, State Attorney, 1st Judicial Circuit. “I am proud to endorse her candidacy so we may continue important reform programs for juvenile offenders, promoting safe and prosperous communities to ensure justice for all.”

“There is no one who’s been more focused on protecting our seniors from scams and the importance of cyber security than Attorney General Ashley Moody,” said Phil Archer, State Attorney, 18th Judicial Circuit. “We agree that those who prey on our most vulnerable will be prosecuted to the fullest extent of the law. Florida needs Ashley Moody so we may continue the course.”

“Ashley Moody and I not only share the same dedicated passion for upholding the rule of law, but also in finding ways to address issues of juvenile justice and delinquency and human trafficking,” said Ed Brodsky, State Attorney, 12th Judicial Circuit. “Thank you, Attorney General Moody, for your steadfast leadership through these challenging times. I look forward to your continued stewardship these next four years.”

The 14 Florida State Attorneys who have endorsed Moody include:

Moody is running against former State Attorney Aramis Ayala, who won the Democratic primary back in August. Polls show Moody leading Ayala by a comfortable margin.