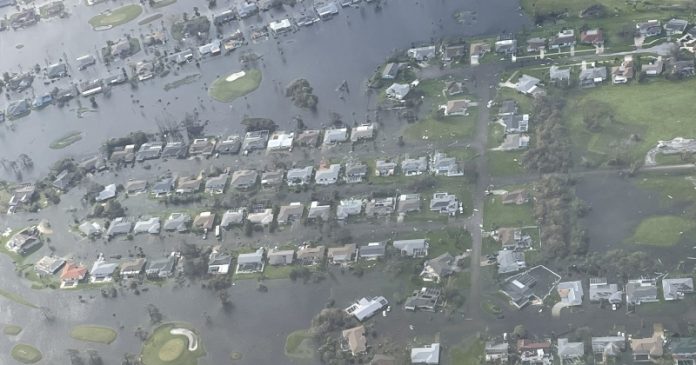 Peters introduced the bill at the start of the year with Scott as a co-sponsor. The bill passed the U.S. Senate without opposition back in June. At the end of last month, the U.S. House advanced the bill without any opposition.

“The Disaster Resiliency Planning Act requires federal agencies to take disaster resilience into account when investing in and managing federal property and assets. The legislation builds off of a 2021 report from the Government Accountability Office (GAO), which found that over the past five years, the government spent billions of dollars to repair federal property damage resulting from natural disasters. The bill will help ensure that federal property – such as hospitals, research centers, offices, and roads and bridges – can withstand worsening natural disasters and save taxpayer dollars that would be spent on damages. The legislation was passed by the Senate back in June,” Scott’s office noted.

The two senators weighed in this week after Biden signed the bill into law.

“Worsening natural disasters continue to cause physical and financial damage to property in Michigan and across the nation. This new law will ensure that the federal government – our nation’s largest property owner – is planning for the impacts of floods, wildfires, and storms when managing public buildings. This will save taxpayer dollars and ensure that federal infrastructure is resilient to natural disasters that are only worsening due to climate change,” said Peters.

“In Florida, we know how valuable pre-disaster mitigation is and that preparedness saves lives. With this good bill now law, federal assets like hospitals and critical infrastructure will be safer when disaster inevitably strikes. We are resilient because we prepare and I am proud to see our bipartisan and commonsense approach to disaster mitigation efforts signed into law,” said Scott.

“In September 2021, the GAO released a report evaluating how federal agencies are working to prevent or reduce damage to their property and assets caused by natural disasters. The report found that while some agencies have begun taking steps to incorporate disaster resilience, many still have not taken sufficient action to mitigate the effects of extreme weather. Studies have shown that resilience and mitigation spending saves taxpayers an average of $6 for every $1 invested,” Scott’s office noted. “The Disaster Resiliency Planning Act, which builds off of a recommendation from the GAO report, would require the Director of the Office of Management and Budget (OMB) to provide federal agencies with guidance on how to incorporate natural disaster resilience into their asset management and investment decisions. OMB would work in consultation with GAO and the Federal Emergency Management Agency to establish guidance, which will help federal agencies identify potential gaps in their disaster resilience prevention efforts. The legislation would also require the OMB Director to submit a report to the Homeland Security and Governmental Affairs Committee detailing the guidance within a year. Finally, the legislation would require the OMB Director to brief the committee on the implementation of guidance across agencies within two years.”