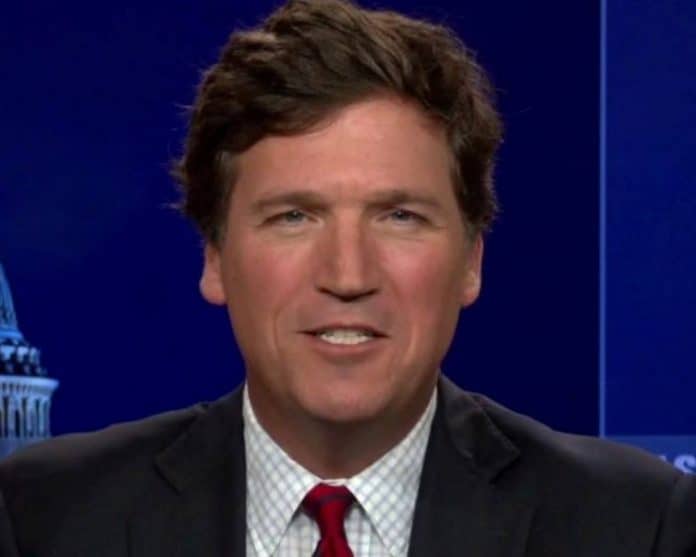 More than a dozen House Republicans including U.S. Rep. Matt Gaetz and Greg Steube of Florida, Marjorie Taylor Greene of Georgia and Lauren Boebert of Colorado signed the letter.

“Spying, unmasking, and leaking the private communications of American citizens weaponizes our intelligence agencies, and this abuse of power must stop. Protecting national security is not only about deterring enemy threats, but it also involves safeguarding our liberties,” said Posey.

“After the disturbing treatment of Donald Trump by the Deep State, it should come as no surprise that intelligence agencies are continuing their illegal surveillance of Americans who dare to challenge power-hungry elites in Washington, D.C. Reports about the NSA spying on Tucker Carlson are reminiscent of something one would expect to see in a tyrannical dictatorship, not the United States of America where citizens supposedly still have Constitutional rights. The Agency’s attempt to explain itself thus far has only raised more questions that Mr. Carlson and every citizen of this country deserve to have answered,” said Gohmert.

On his Fox News show at the end of last month, Carlson said the NSA was spying on him.

“We heard from a whistleblower within the U.S. government who reached out to warn us that the NSA, the National Security Agency, is monitoring our electronic communications and is planning to leak them to take this show off the air,” Carlson said.

The NSA has denied the allegations while Carlson has not shown evidence of his claim.

“Tucker Carlson has never been an intelligence target of the Agency and the NSA has never had any plans to try to take his program off the air,” the NSA said in a statement. “NSA has a foreign intelligence mission. We target foreign powers to generate insights on foreign activities that could harm the United States.”

“With limited exceptions (e.g. an emergency), NSA may not target a US citizen without a court order that explicitly authorizes the targeting,” the NSA noted.