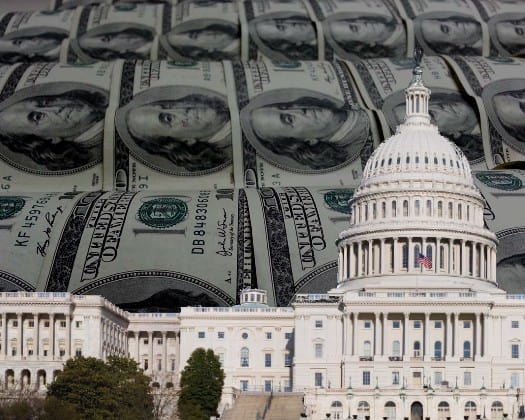 This week, as Congress increased the debt ceiling on a party-lines vote, U.S. Rep. Brian Mast, R-Fla., offered a proposal to cut the $480 billion that the ceiling was increased.

“The bill, the Banana Stand Money Act, would fully repeal the State and Local Tax (SALT) deduction and recall unused funds from the American Rescue Plan. By eliminating the tax giveaway for blue state billionaires and rescinding money that has still not been spent – as it was intended – to address the coronavirus pandemic, the federal government would responsibly cut spending instead of irresponsibly increasing its credit limit,” Mast’s office noted.

“As the saying goes, ‘there’s always money in the banana stand.’ There are plenty of opportunities for savings within the bloated budget of the federal government, and Congress needs to get serious about getting our spending under control, instead of just upping the national credit card’s limit every time,” Mast said. “It’s past time for a serious wakeup call and real efforts to cut spending.”

Pointing to a report from the Brookings Institute, Mast’s office insisted the SALT deduction “overwhelmingly favors the wealthy residents of a few highly taxed states, such as New York, New Jersey and California” and repealing the “SALT deduction cap would disproportionately benefit the top .1 percent.

“These wealthy individuals would see an average tax savings of $154,000 in comparison to the middle 60 percent of earners who would save just $37, according to the Brookings Institute,” Mast’s office added. “ Moreover, billions of dollars appropriated by the American Rescue Plan remain unspent, and are not even required to be spent until 2026, despite the fact that the legislation was intended to be an emergency measure to address an immediate public health crisis. As of October, states had spent, on average, only 2.5 percent of the federal dollars afforded to them under the bill, and large cities had spent just 8.5 percent.”

Mast’s proposal was sent to the U.S. House Ways and Means and the Oversight and Reform Committees. So far, there are no co-sponsors and no companion measure over in the U.S. Senate.