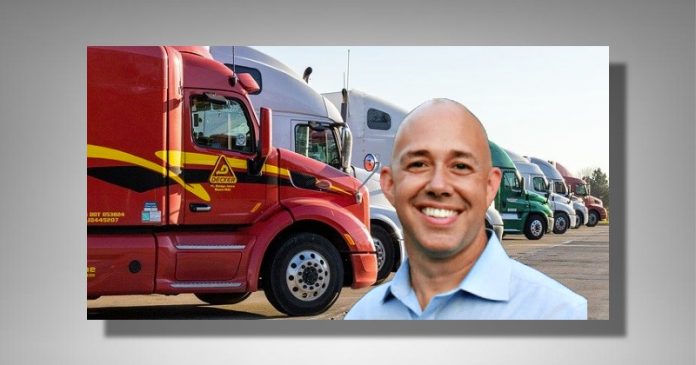 Mast insisted the bill will “eliminate unnecessary restrictions to allow more truckers to keep the supply chain moving” and “is a step towards fulfilling the commitment to America made by the House of Representatives’ Republican majority: to strengthen the supply chain and build an economy that’s strong.”

The congressman’s office offered some of the details on the proposal.

“While many states allow truckers between the ages of 18 to 20 to transport goods within the state, any transportation across the state boundaries – or interstate transportation – requires that the trucker is at least 21 years old per federal law. Under current law, picking up goods from a port is interpreted as interstate transportation even if the port is located in the same state as the distribution center or the final destination. This precludes 18 to 20-year-olds from transporting cargo coming off of ships at overloaded ports, even if they have a commercial driver’s license and drive semi-trucks elsewhere within their state,” Mast’s office noted. “The CAB Trucking Restrictions Act would eliminate these logistical hurdles in order to maximize the labor force in the United States and address a contributing factor of the supply chain crisis.”

“For the better part of two years, families have struggled to get the goods they need, from baby formula to toilet paper, and Joe Biden has failed to fix it,” Mast said. “House Republicans are ready to get to work and deliver for the American people. The first bill I am introducing this Congress keeps our promise to fix the supply chain by cutting through red tape that keeps qualified drivers off the road.”

Mast reeled in almost 20 Republicans to co-sponsor the bill including U.S. Reps. Carlos Gimenez and Greg Steube from Florida. The bill was sent to the U.S. House Transportation and Infrastructure Committee. So far there is no companion measure over in the U.S. Senate.