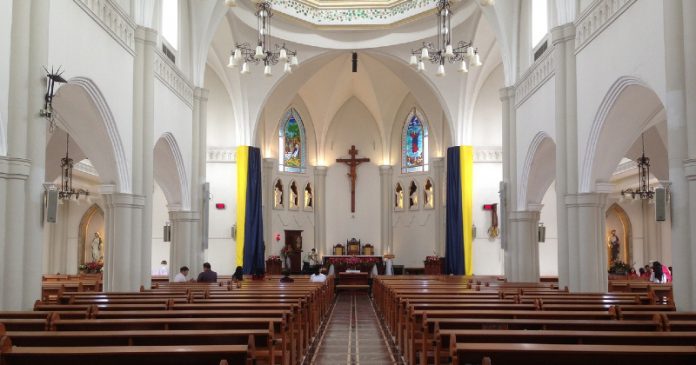 While the majority of Americans say religion and God should have a role in society, the number of people attending churches and other religious institutions are on the decline.

Gallup reports that church membership is down from 70 percent in 1999. The latest Gallup poll finds only half –50 percent– of those surveyed say they are a member of a church, synagogue or mosque.

That number has dropped in recent years. In 2013, Gallup reported 59 percent of Americans said they attended a church. This is the first time in Gallup’s polling, which goes all the way back to  1938, where there has been a trend showing fewer Americans going to church.

Gallup noted that younger Americans are increasingly abandoning religious organizations with only 42 percent of millennials saying they are a member of a religious congregation.

Church membership across the nation stood at 70 percent or higher from 1937 through 1976 falling modestly to an average of 68 percent in the 1970s through the 1990s. Over the past 20 years, there has been a rapid decline with a 20-percentage-point drop since 1999 and more than half of that change occurring since the start of the current decade.