Back in September, Scott introduced the “Flood Insurance Consumer Choice Act” which will “amend the NFIP’s ‘Continuous Coverage’ requirement and allow NFIP policyholders who leave the program to purchase a private policy to return to the NFIP without penalty.” He also also introduced the “Flood Insurance Transparency Act” which will “require the Federal Emergency Management Agency (FEMA) to make detailed historic claims, policy and flood risk data available to the public and easily accessible, while protecting personal information as required by law.”

Scott’s office offered some of the rationales for the three bills.

“According to FEMA data, since the inception of the NFIP, Florida policyholders have paid more than $19 billion in premiums, but only collected approximately $5.6 billion in claims reimbursements, which equates to a nearly 4 to 1 ratio of premiums paid to claims reimbursements. The situation Florida families face is clearly unfair and exactly why Congress must make reforms to encourage participation in the private flood insurance market as an alternative for hardworking Americans across our country,” Scott’s office noted.

Scott weighed in on the proposals back in October.

“The National Flood Insurance Program is a perfect example of what happens when government tries to take over an industry – it fails. The NFIP is not only buried in debt, it’s now pushing huge rate increases through FEMA’s new ‘Risk Rating 2.0’ that is unsustainable and unaffordable for Florida families. When we increase availability and competition in the market, more homeowners get insured and taxpayers and homeowners are better off. If the private sector can offer families better coverage, better service and a better price, why would we deny them of that?” asked Scott.

Scott also cited his experiences on the matter during his two terms as governor.

“While I was governor, we reformed Florida’s property insurance market to better serve families and we can do it at the federal level too. It’s time to make commonsense reforms that better serve Florida families. I am committed to fighting for change that encourages the development of a robust and affordable private flood insurance market and gives homeowners more choice and flexibility when purchasing their flood insurance plans. I know many of my colleagues in the Senate agree with me on this, and I urge them to join me in passing these good bills,” Scott said.

Last week, over at the Invading Sea, a site run by Florida media organizations focused on climate change and other environmental issues, Paul Handerhan, the president of the Federal Association for Insurance Reform (FAIR), urged support for the two bills.

“Flooding is the most common and costly natural disaster in the United States. Flood-related disasters have cost more than $850 billion in damages and losses since 2000, according to the Pew Charitable Trusts,” Handerhan wrote. “To make matters worse, the frequency and severity of flood-related events are predicted to grow over the next several decades. In fact, a recent report from the First Street Foundation estimates that in just 30 years the average estimated annual loss from flooding in the United States will be $32.3 billion a year.

“Unfortunately, consumers are often hindered from realizing these potential benefits or from even knowing their potential flood risk. One barrier is the NFIP’s ‘continuous coverage’ provision that requires a property to keep an active NFIP policy to remain eligible for certain premium discounts,” Handerhan added.

“Another issue is the lack of publicly available data about an individual property’s flood risk and flood claims history. In many states, consumers can purchase a property without any access to the property’s history of flooding,” he continued. “Increased transparency would allow potential home buyers to make more informed decisions and increase awareness about the importance of buying flood insurance. To address these two problems, Florida Sen. Rick Scott recently introduced the Flood Insurance Consumer Choice Act and the Flood Insurance Transparency Act. FAIR urges Congress to pass these reforms.

“All that being said, the NFIP is an incredibly important program that provides valuable flood mapping data, building code requirements, and is a lifeline to its millions of policyholders. But, the NFIP alone cannot cover all of the U.S. flood risk. It must work with the emerging private flood insurance market,” Handerhan concluded. “Thus, FAIR urges Congress to consider ways, such as Scott’s bills, to support the private flood insurance market.”

The bills were sent to the U.S. Senate Banking, Housing and Urban Affairs Committee at the end of September. So far, Scott has not reeled in any co-sponsors for the two bills. 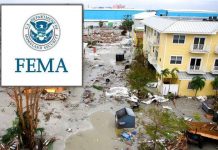 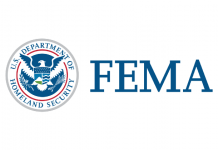 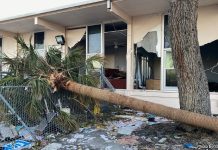