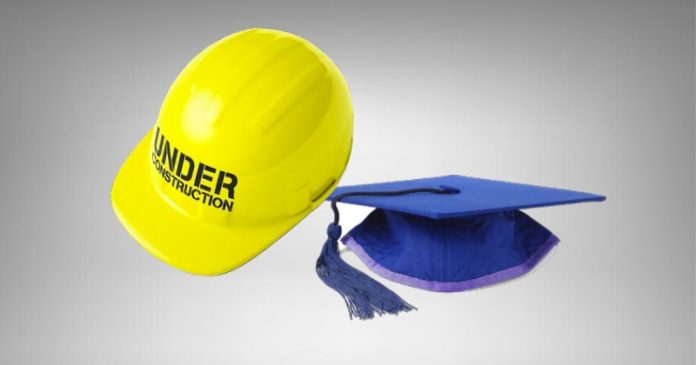 A new study by the National Student Clearinghouse Research Center (NSC) finds that fewer students are attending college and instead are enrolling into trade schools.

Trade schools through the U.S. are reporting a 40 percent increase, thanks to the expensive costs of college and strong demand for skilled workers.

NSC says some of the biggest schools seeing large increases include the agriculture, construction and transportation industries where they too are reporting increased enrollment up to 40 percent as tread schools entice new students.

Many of the programs are only requiring one year of training, with a low cost of just under $16,000, compared to a four-year college cost, on average, of around $100,000.

NSC noted another attractive incentive for students attending a trade school is they can be certified in their field in some cases less than six months which gets students immediately into the work environment.

The U.S. Labor Department announced that there were 11.5 million job openings and some trade schools are telling students because the demand is so high, workers looking to go from job to job, could see larger pay increases.

NSC’s latest study showed higher education enrollment fell a further 2.7 percent in the fall of 2021 following a 2.5 percent drop in the preceding fall. Continued enrollment losses in the pandemic represent a total two-year decline of 5.1 percent or 938,000 students since the fall of 2019.

However, far from recovering from last year’s drop, the nation’s fall 2021 freshman class was 9.2 percent smaller (or 213,400 fewer students) compared to pre-pandemic levels in fall 2019.