Two congressmen from the Sunshine State are backing U.S. Rep. Chip Roy’s, R-Tex., proposal to give Dr. Li Wenliang the Congressional Gold Medal for blowing the whistle on the Chinese regime’s handling of coronavirus.

Steube weighed in on the resolution on Monday.

“Dr. Li Wenliang bravely risked his safety to warn the public about COVID-19 despite the punishment he faced from the Communist Chinese government for speaking up.” Steube said. “We should honor Dr. Wenliang with the Congressional Gold Medal to recognize his bravery and global service.”

“Dr. Li Wenliang tried to warn the public in December of 2019 about the COVID-19 outbreak. Communist China quickly censored him, and the COVID-19 pandemic later swept the globe. Dr. Li Wenliang contracted COVID-19 in January of 2020 at a Wuhan hospital and died after breathing complications in early February,” Steube’s office noted. “Dr. Wenliang also tried to warn fellow Wuhan doctors about the potential outbreak of what he called a ‘SARS-like’ virus. Prior to his death, Chinese government were investigating him for ‘spreading rumors.’”

The resolution is currently before the U.S. House Foreign Affairs Committee. So far, Roy has rounded up seven cosponsors including Steube and Yoho. 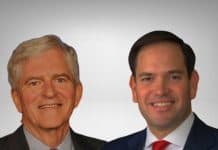