This week, Republicans on the U.S. House Oversight and Reform Committee, including two from the Sunshine State, called on U.S. Rep. Carolyn Maloney, D-NY, to hold a hearing on the crisis at the border.

Republicans on the committee, including U.S. Reps. Byron Donalds and Scott Franklin of Florida, sent a letter to Maloney on the matter this week.

“Since his first day in office, President Biden and his administration have issued a series of executive orders and actions that have signaled to the world the southwest border is open and illegal immigration will have little, if any consequence,” the Republican House members wrote. “Human smugglers are taking advantage of and profiting from this administration’s open borders agenda and families and children are arriving in droves with the near guarantee they will be released into the interior of the United States. We have repeatedly called on the Biden administration to provide documents and information on how it plans to address this crisis, but to date, it has refused to do so. So far, it appears the only plan the Biden administration has is to run radio and social media advertisements. A hashtag is not going to make this crisis go away.

“It appears that committee Democrats only care about these issues when there is a Republican in the White House. However, securing our border and ending this humanitarian crisis should be a priority for this committee regardless of party affiliation. The committee must hold the Biden administration accountable for its policies that have created a crisis at the border,” they added.

Franklin took to social media on Tuesday to weigh in on the matter.

“When will President Biden acknowledge we have a crisis at our border?” Franklin asked. “Southwest border crossings are up 173 percent over last year and children are being packed in pens.

“This is inhumane and it must end. Secure our border now,” Franklin added. 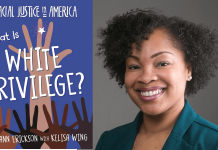 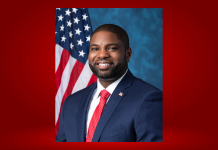