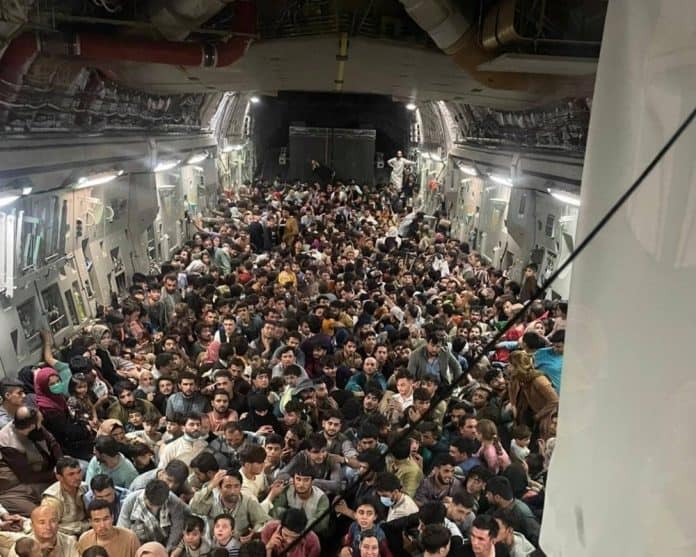 With the Taliban taking over Afghanistan, members of the Florida delegation reacted this week to the fall of the American-supported government.

“For 20 years, American men and women have fought and given their lives in Afghanistan to protect U.S. national security. After two decades of military efforts, the loss of more than 2,300 American lives and over 20,000 service members wounded in action, America has been chased out of Afghanistan – an embarrassment on the world stage thanks to the abject failure of President Joe Biden. Make no mistake, anything gained during this war has now been lost. The Taliban, and Al-Qaeda, have returned to power. Human rights abuses, and rampant abuses of women, are sure to return. In his shortsighted and ill-prepared withdrawal, Joe Biden let terrorism win. While our immediate focus remains on the safe return of all service members, there is no doubt that the president’s hasty actions have needlessly put American lives on the line and the American people deserve answers,” said U.S. Sen. Rick Scott, R-Fla.

Scott called for a congressional investigation into the Biden administration’s handling of Afghanistan.

“As the United States faces its most stunning, unforced and humiliating defeat in decades, President Biden’s abject failure to execute a strategic withdrawal of American forces from Afghanistan has placed it back in the hands of the same terrorist-coddling extremists who ruled it on September 11, 2001 and created a power vacuum ripe for manipulation by the world’s most dangerous actors,” Scott said. “Joe Biden’s carelessness has made the world a more dangerous place. His failures have endangered America and our allies. Today, I’m calling for Leader Schumer and Speaker Pelosi to immediately launch a bipartisan and bicameral investigation into the Biden administration’s failed withdrawal of American forces. They must put partisan politics aside and demand accountability from the Biden administration. This failure is unacceptable, especially following 20 years of war that has taken the lives of more than 2,300 American service members and wounded more than 20,000. The American people deserve answers.”

U.S. Rep. Neal Dunn, R-Fla., who served as a colonel in the Army, called on Biden to help evacuate “Afghans allies eligible for Special Immigrant Visas (SIV) from Kabul.’

“While I am aware of the complexities of the U.S. refugee admission program, if we do not act quickly, many of our Afghan allies will be tortured and killed. Our Afghan friends and allies have stood by our sides for twenty years. They helped us when we needed them most, and now we must help them,” said Dunn. “I watched this end poorly when the U.S. left Vietnam, and we cannot leave our friends behind again. Let’s make this another Dunkirk moment, not another Saigon.

“I’m in direct contact with interpreters and other allies whose SIV processes are tied up for one bureaucratic reason or another and they are begging for refuge. Many have fled their cities and are currently in hotels with limited resources or on the streets fearing for their lives. I cannot and will not turn my back on them. They need help immediately,” Dunn added.

“The events unfolding in Afghanistan were predictable and are a clear failure of leadership on the part of the Biden administration. In rapid succession, the Taliban has overrun city after city, retaking Afghanistan after Americans spent blood and treasure for 20 years attempting to secure it. When President Biden announced he would completely withdraw troops from Afghanistan by September 11, 2021 without a cohesive strategy to transition security responsibilities to the Afghans, he handed the Taliban a tremendous propaganda victory. The rapid pull-out, well in advance of the announced withdrawal date, created a dangerous climate that forced President Biden to scramble, sending 3,000 additional U.S. troops to evacuate personnel from the U.S. Embassy in Kabul. The lack of a sound transition strategy will go down as one of the worst foreign policy disasters in modern memory. It emboldens our enemies and gives America’s allies reason to doubt our commitment when we call upon them in the future. As we approach the 20th anniversary of the 9/11 attacks by Al Qaeda on the United States that claimed the lives of 3,000 innocent Americans, the Taliban who hosted them will once again control a safe haven from which violent extremist organizations can unleash their terror upon the world. As history shows, a bad peace is no peace at all,” Franklin said.

Democrats in the Florida delegation also weighed in on events in Afghanistan.

“For two decades, America’s armed forces — the greatest fighting force the world has ever known — served bravely and selflessly in Afghanistan. In 2017, I traveled to Afghanistan to meet with our troops, hear their stories, and deliver to them every Floridian’s appreciation for their bravery and sacrifices. We’ve asked so much of our troops and their families, and today, I’m holding them close to my heart,” noted U.S. Rep. Val Demings, D-Fla.

“Our immediate priority must be ensuring the safety and security of our troops, diplomats, aid workers, and the many Afghans who served with us. They were instrumental in supporting America and our allies, and we need to do everything we can for them,” Demings added. “As the situation on the ground develops, it is imperative that our country remain vigilant of potential threats. I will use my position as a member of both the Homeland Security and Intelligence committees to make sure our national security personnel have the resources and support they need to handle any emerging threat and protect our homeland.”

“What is happening in Afghanistan is sad and tragic, especially for women and girls,” said U.S. Rep. Lois Frankel, D-Fla.. “After the U.S. spent billions of dollars over 20 years to train over 300,000 Afghan security forces and provide them with top military weapons, the Afghan military failed to defend their people from the Taliban takeover. Now the U.S. must take immediate action to protect the remaining Americans, Afghans who helped us during the war, human rights activists, and other targeted populations, and join the international community to keep pressure on the Taliban for a peaceful and pluralistic future.”

“The situation in Afghanistan is horrifying and heartbreaking. We must make every effort to evacuate U.S. citizens from Afghanistan and help protect Afghan nationals who worked alongside the U.S. over the last two decades and who now face severe threats from the Taliban,”s said U.S. Rep. Stephanie Murphy, D-Fla., who served at the Pentagon under then-President George W. Bush.

“Moving forward, we must prevent the Taliban from allowing terrorist organizations like Al-Qaeda and the Islamic State to use Afghanistan as a launching pad for attacks against the United States or our interests. We cannot let our adversaries use this opportunity to threaten the safety and security of the American people,” she added.