For the third year in a row, Florida ranks as the top state in the nation for higher education, according to the U.S. News & World Report.

Gov. Ron DeSantis weighed in on the rankings on Tuesday.

“It is no surprise that U.S. News & World Report has again named Florida the top state in the nation for higher education,” said DeSantis. “Our state colleges and universities have prioritized affordability and pathways for career and life and, as a result, they are transforming our state. I look forward to celebrating continued success as we build on this positive momentum.”

The governor’s office showcased some of the recent higher ed efforts embraced in Tallahassee.

“Our 12 public universities are all extremely focused on student success, increasing quality, and driving down cost,” said Ned Lautenbach, the chairman of the Board of Governors of the State University System. “They also work closely with the Florida College System to make sure students experience a seamless transition when moving from a college to university level.”

“Florida’s 28 state colleges are the primary point of access to higher education in Florida, with 65 percent of the state’s high school graduates pursuing postsecondary education beginning at a Florida college, and 82 percent of freshman and sophomore minority students in public higher education attending one of Florida’s 28 colleges,” the governor’s office noted.

“With great credit going to Florida’s 28 colleges that offer nearly 1 million Floridians outstanding higher education pathways, Florida is again recognized as #1 in the nation for third year in a row,” said Department of Education Commissioner Richard Corcoran. “Florida has long been known as the Sunshine State, and it’s now time that the nation recognize Florida also as the clearly established Education State.” 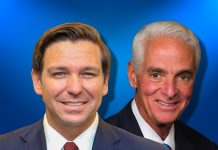 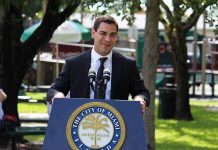 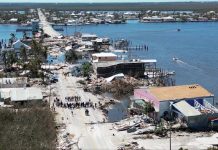