Florida’s housing market last month was as hot as the weather, according to a new report.

The Florida Realtors released a report on Wednesday which showed almost 28,150 single-family homes were sold across the state last month, up 10.4 percent from July 2018.

Eric Sain, the president of the Florida Realtors and a district sales manager with Illustrated Properties in Palm Beach, weighed in on the report.

“Just like the weather, July was a hot month for Florida’s housing market with sales and median prices showing gains in both the single-family and condo-townhouse sectors,” Sain said. “In another positive sign, pending inventory for existing single-family homes was up 4.5 percent year-over-year, while pending inventory for existing condo-townhouse properties was up 1.2 percent.

Dr. Brad O’Connor, the chief economist for the Florida Realtors, mulled over the numbers on Wednesday.

“After taking a little breather in June, the pace of existing-home sales in Florida ramped right up again in July,” said O’Connor. “Closed sales of single-family homes were up more than 10 percent in July compared to a year ago, and new pending sales – that is, the number of homes that went under contract during the month – were up by 7.4 percent, year-over-year.

“For the first time since January, we saw positive year-over-year growth in new listings of single-family homes, which were up by about 3 percent,” he added. “However, this rise in new listings was not enough to stop inventory from declining again in July. Looking at the change in inventory levels by price tier, we are seeing an all-too-familiar story, with a year-over-year rise in homes listed above $250,000 being offset by a decline in those below that price point.”

The interest rate for a 30-year fixed-rate mortgage averaged 3.77 percent in July according to Freddie Mac–which the Florida Realtors noted was “down significantly from the 4.53 percent averaged during the same month a year earlier.” 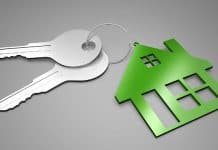