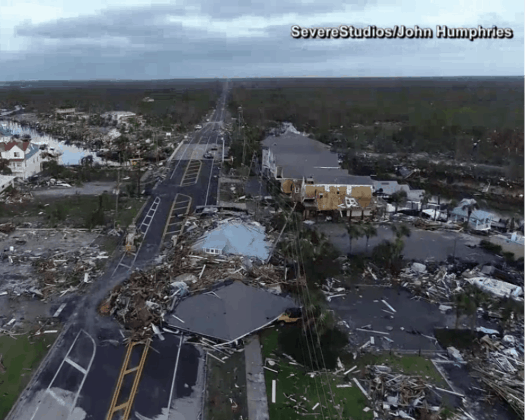 On Thursday, Florida TaxWatch released “A Key to Overcoming Disasters: Complete Census Data Reinforces Resiliency,” a commentary highlighting the value of census data throughout the planning, response, and recovery stages of a disaster.

The report also points to the estimated 750,000 Florida residents who were not counted in the 2020 Census, leaving up to $2.1 billion per year on the table for the next 10 years – federal funding that could have supported Hurricane Ian recovery efforts.

“Hurricane Ian devastated Southwest Florida and destroyed thousands of homes and businesses, with early estimates showing the state will lose about $62 billion in total expenditures and $27 billion in gross product as a result of the storm. The road to recovery will certainly be long and arduous for many people, and they will need every dollar available to them to help them rebuild and get back on their feet. Unfortunately, because of Florida’s overwhelming undercount in the 2020 Census, they’re missing out on their fair share of federal funding,” Calabro said.

“This is precisely why Florida TaxWatch has and will continue to advocate for active citizen engagement in census surveys. Leaders and decision-makers need an accurate count to appropriately protect and provide for Florida’s ever-growing population, especially when disasters like Hurricane Ian strike. Complete data also helps them develop comprehensive disaster plans ahead of time and informs many important, often life-or-death response activities,” he continued.

“With that in mind, Florida TaxWatch is proud to present this latest commentary and a thoughtful discussion on how census data can improve resiliency and optimize post-disaster outcomes in the Sunshine State,” Calabro said in conclusion.

As first introduced in FTW’s previous commentary, “Looking Back at Census 2020: What Florida’s Business and Community Leaders Need to Know,“ Florida was one of only six states across the nation with a statistically significant undercount in the 2020 Census, meaning even if the estimated 750,000 residents not counted is inaccurate, the state likely still experienced an undercount. Additionally, this report notes that approximately one-third of all residents in the nine counties most severely impacted by Hurricane Ian did not respond to the census survey on their own, and lower self-response rates are correlated with incomplete, usually unreliable census data.

FTW emphasized that federal funding determined by the census is necessary to achieve a full recovery post-disaster – from the U/S/ Department of Housing and Urban Development’s temporary housing and economic development grants to existing federal assistance programs like the Supplemental Nutrition Assistance Program (SNAP). As time goes by, progress can also be tracked through indicators like estimated poverty levels, changes in homeownership, and employment trends.

When it comes to the response stage, FTW praised the U.S. Census Bureau’s award-winning tool, “OnTheMap for Emergency Management,” which compiles pertinent information from several sources so users can digest census data as it relates to the current disaster. This can help identify locations like hospitals where immediate action will be required to protect critical needs from disruption.

According to FTW, the decennial census count and American Community Survey (ACS) estimates further provide emergency management officials with insight into how many people should be included in their disaster plans, as well as who those people are – their economic, demographic, and social characteristics. This information helps planners understand a variety of important factors, such as who may experience challenges affording transportation during an evacuation or who may not have internet access to track the storm.