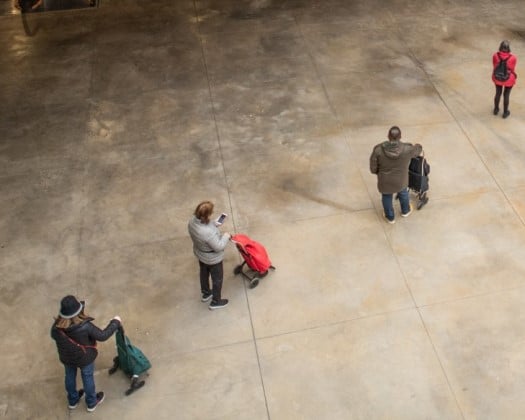 A new poll shows Floridians are not comfortable with the idea of ending social distancing in the Sunshine State at the end of the month.

Quinnipiac University released a poll on Wednesday which shows that 72 percent of Florida voters think the state should not loosen social distancing rules by the end of the month while 22 percent support the idea. While 17 percent think the economy should reopen even if public health officials warn against it, 76 percent of those surveyed think the economy should only open again when deemed safe by public health officials.

“The state’s stay-at-home order is scheduled to expire at the end of the month of April, but nearly three quarters of Floridians are not ready to drop their guard,” said Quinnipiac University Polling Analyst Tim Malloy.

In the meantime, Gov. Ron DeSantis has the approval of 50 percent for the way he has responded to the coronavirus pandemic while 41 percent disapprove of it. There is a partisan divide here 81 percent of Republicans approve of DeSantis’ handling of the coronavirus while 64 percent of Democrats disapprove of it. Voters outside the major parties are split with 45 percent approving of the governor’s handling of the virus and the same percentage disapproving of it.

However 61 percent of those surveyed though he could have responded to coronavirus sooner while 34 percent think he responded quickly enough. Around half of those surveyed–52 percent–disapprove of his decision to exempt religious service from his stay at home order while 43 percent approve of it.

DeSantis does earn better marks overall with 53 percent approving of him in general while 33 percent disapprove of him.

Former Vice President Joe Biden, the presumptive Democratic nominee, has a slight edge over Trump in Florida, leading him 46 percent to 42 percent. Both candidates have nailed down their party bases with 91 percent of Democrats for Biden and 89 percent of Republicans for Trump. Biden leads 44 percent to 37 percent with voters outside the major parties.

“Even in the midst of an unprecedented health crisis, Florida delivers a familiar deja vu in the head to head presidential race. It’s Biden, but it’s close as independents play a huge potential role. Sound familiar?” added Malloy.

“Voters make it very clear they want guidance on navigating the crisis not from the White House or the State House in Tallahassee, but from public health officials,” said Malloy.

Asked who they least rely on for accurate coronavirus information, almost half of those surveyed–47 percent–say Trump, 21 percent say their mayors, 13 percent say public health officials and 8 percent say DeSantis.

An overwhelming majority of Florida voters–79 percent–say they are very concerned or somewhat concerned that they or someone they know will be infected with coronavirus. An even larger group–81 percent–say people should wear masks in public.

Still, a majority of those surveyed–58 percent–say they are not feeling financially strapped by the pandemic though 40 percent say they are. Florida voters are divided on how DeSantis has handled unemployment in the Sunshine State with 41 percent approving and the same percentage disapproving.

However, 45 percent of voters say the state’s economy is excellent or good–down from 71 percent in March 2019. A slight majority–51 percent–say the economy in Florida is not so good or poor.