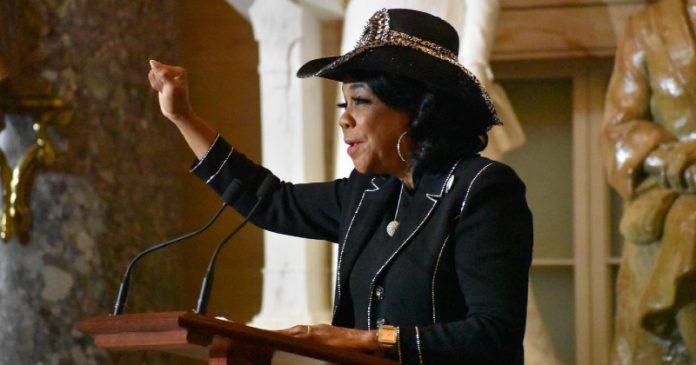 Despite the GOP about to take control of the U.S. House, this week, U.S. Rep. Frederica Wilson, D-Fla., who leads the U.S. House Higher Education and Workforce Investment Subcommittee, offered a proposal “to incentivize states to increase the minimum K-12 teacher salary to $60,000 and provide adjustments for inflation” which will support “ongoing state efforts to provide competitive wages for teachers and address the national teacher shortage.”

Wilson explained why she introduced the American Teacher Act.

“Teachers deserve a raise. Our nation’s teachers have been underpaid, overworked, and deprived of resources for too long. That’s why I’m filing the American Teacher Act today, to give our nation’s teachers the raise they have earned and deserve,” said Wilson. “Teachers are the backbone of our education system and economy, playing a foundational role in the development of our children. For seven hours a day, they help shape and inspire young minds as well as nurture students academically and socially. As the COVID-19 pandemic brought the world to a standstill, teachers continued to play a critical role in our recovery, underscoring their indispensability. I am proud to introduce the American Teacher Act, a critical first step in the fight to support a livable, competitive wage for America’s educators.”

“Teacher shortages are among the most pressing threats to education access today, with districts across the country forced to radically adjust school offerings to respond to turnover and prolonged vacancies. Every day, stories surface of schools shortening their weeks, canceling courses, increasing student-teacher ratios, and placing underprepared or temporary substitute staff in core instructional roles. Such adjustments disrupt learning, take a sustained toll on teacher morale, and harm student achievement. In August, the White House issued a fact sheet renewing attention to the weak teacher pipeline and calling upon legislators to use federal, state, and local resources to strengthen teaching career pathways and ensure competitive, livable wages,” Wilson’s office noted.

The bill has the support of a host of teachers’ unions, including the American Federation of Teachers and the National Education Association (NEA).

“While teachers have never received the wages and respect commensurate with the work they do to help all children reach their promise and potential, the culture wars and stagnant wages of the last few years have made this worse. Recruiting and retaining a diverse teaching force has become increasingly difficult—indeed, most parents say they wouldn’t want their kids choosing teaching as a career,” said Randi Weingarten, the president of the American Federation of Teachers. “Rep. Frederica Wilson’s bill, the American Teacher Act, addresses these challenges directly by providing states with federal funding to incentivize school districts to create a minimum starting salary of $60,000 for teachers. It also funds a national campaign highlighting the value of the teaching profession and encouraging young people to become teachers, using many of the recommendations in the AFT’s Teacher and School Staff Shortage Task Force report “Here Today, Gone Tomorrow?” for recruiting the best candidates into teaching, including increasing compensation. This bill says put your money where your mouth is. We thank Rep. Wilson for her bold legislation addressing the low starting salaries that have plagued the teaching profession for generations, and we are proud to support this legislation.”

“Students of every color, background and ZIP code deserve qualified and caring educators dedicated to connecting with them and given the resources to nurture their passions and potential. The COVID-19 pandemic further exacerbated the educator staffing crisis that had been brewing for more than a decade,” commented Becky Pringle, the president of the NEA. “Fueled by insufficient teacher salaries and chronic underfunding of our public schools, our leaders need to immediately adopt solutions to the educator shortage, including treating educators with the respect and competitive compensation these dedicated professionals deserve. The American Teacher Act is an encouraging step forward, and NEA applauds Congresswoman Frederica Wilson for introducing legislation to enact long-term solutions to this longstanding, systemic issue.”

The bill has eight co-sponsors, including U.S. Reps. Rosa DeLaura, D-Ct., who leads the U.S. House Appropriations Committee, and Shelia Cherfilus-McCormick, D-Fla. The bill was sent to the U.S. House Education and Labor Committee. So far, there is no counterpart in the U.S. Senate.