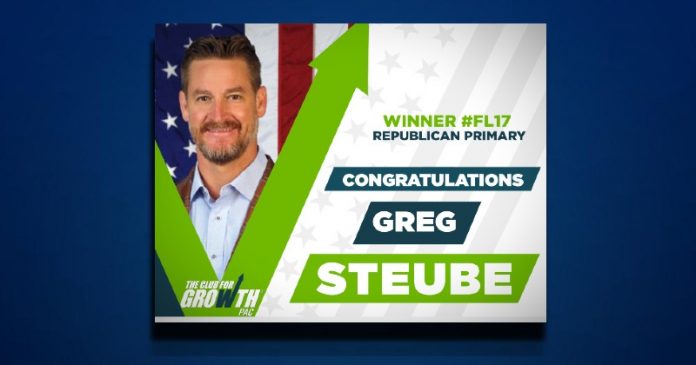 U.S. Rep. Greg Steube, R-Fla., announced this week that he was honored by the Club for Growth as the “2021 Defender of Economic Freedom Award.”

Steube weighed in on the honor on Tuesday.

“It’s an honor to receive the Club for Growth’s Defender of Economic Freedom Award. While Democrats try to substitute freedom for socialism and expand overreaching government regulations on Americans’ everyday lives, I remain committed to fighting for small-government policies that will clean up the Democrats’ mess in Washington and enhance our nation’s economic outlook,” said Steube

“We congratulate Rep. Greg Steube for earning Club for Growth’s Defender of Economic Freedom Award for fighting for policies that advance limited government and prosperity,” said Club for Growth President David McIntosh. “Meanwhile Democrats have become more socialist than ever despite them claiming to be ‘moderate.’”

In the general election, Steube faces businesswoman Andrea Doria Kale, a former CTO, who is the Democratic nominee, and activist Theodore Murray who is running with no party affiliation. Steube is the favorite to win the race in his solidly Republican Southwest Florida district.